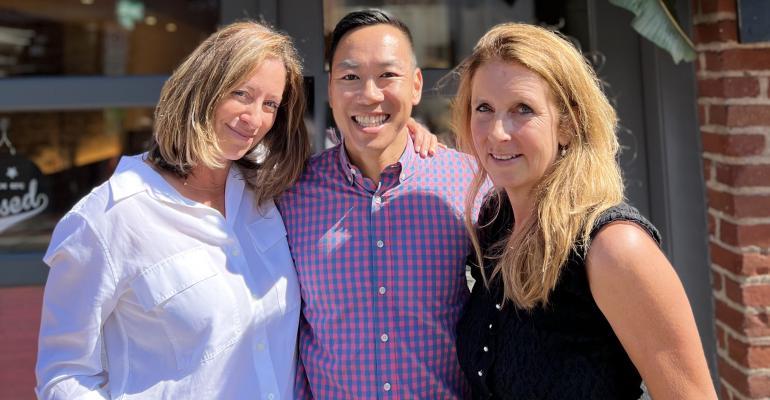 Ng joins the three-unit, plant-forward, Washington, D.C.-based chain from Shake Shack, where he spent a decade as the mid-Atlantic area director. Prior to that, he worked at P.F. Chang’s.

“The hospitality quotient that Allan brings to the role of COO — a combination of deep industry knowledge and an innate ability to foster shared belonging among team members — is extremely rare,” said Chaia co-founder Bettina Stern in a statement. “At Chaia, we have always worked to build a brand that is inclusive in inspiring change. Allan’s decision to join our fast-growing, plant-forward concept from a household name best-known for its hamburgers is indicative that, along with possessing the hard and soft skills we’ve been seeking, he shares our passion and vision for what’s possible.”

Stern and partner Suzanne Simon will continue to serve in their public-facing leadership roles, according to the company.

“Bettina and Suzanne’s vision around plant-based eating, along with their focus on building community vs. simply acquiring customers, are the why and how of Chaia and its success. Their incredible passion is what drew me into Chaia, and it’s the potential of what lies ahead that made this a must-do opportunity,” said Ng in a statement. “From day one, I’ll be working shoulder-to-shoulder with the complete Chaia family to expand upon their track record of success. Specifically, we’ll be working to strengthen our operating systems in preparation for growth strategies while building our bench to help lead future locations. A goal doesn’t have to be complicated to be ambitious, and I look forward to bringing ‘farm to taco’ to neighborhoods and families across the country.”

Chaia has also created an advisory board that includes Paul Westra, managing director of restaurant investments at Capital One, where the sector portfolio has more than doubled since he joined in 2018. Previously, Westra served as chief financial officer of iPic Entertainment.

“I’m proud to join Chaia’s board. What Suzanne and Bettina have already accomplished for the brand — taking it from concept to cult favorite to scalable success story — is indicative of the continued success to come. They have built the runway for Chaia to take off, and I look forward to providing guidance as they expand the business and continue to achieve their vision,” said Westra. “With a visionary like Allan at the helm of Chaia’s operations, the business is ideally-positioned to reach its next level of growth.”