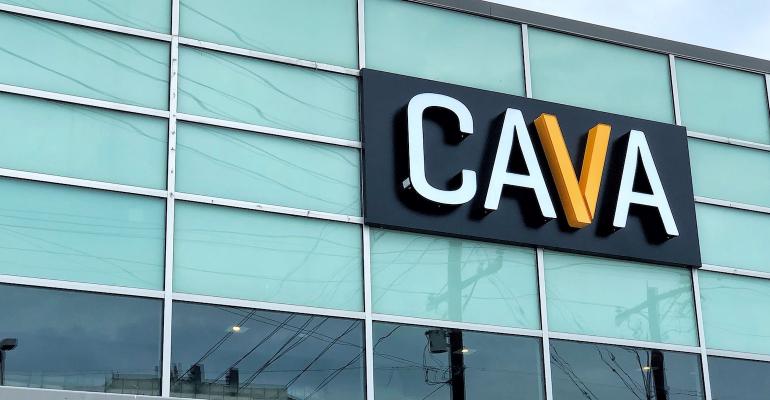 Brand culminates 3-year project with larger version, offers it as add-on with bowls

Cava Group Inc. has partnered with the Brooklyn, N.Y.-based Damascus Bakery Inc. to supply a systemwide rollout of a new pita platform, the company said this week.

The Washington, D.C.-based Mediterranean fast-casual brand, which has 125 locations and owns the 153-unit Zoe’s Kitchen concept, worked with Damascus to revamp the pita, producing one that is an inch larger in diameter (9.5 inches vs. the prior 8.5 inches) and can accommodate as many as eight toppings.

“The new pita will also be offered as a side add-on when ordering a bowl,” a company spokesperson said

Ted Xenohristos, Cava’s co-founder and chief concept officer, spent more than three years searching for a partner to not only develop the pita but also provide the ability to operate at a national scale, the spokesperson said. 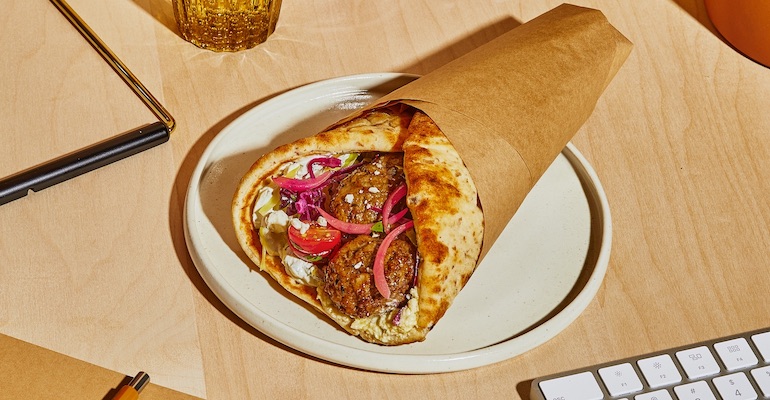 The pita was developed especially for Cava with a blend of freshly milled flour and sprouted grains and introduced systemwide on Monday. Cava features a food assembly line that allows diners to customize their orders from among an assortment of bases, spreads, proteins and toppings.

“In order to preserve the integrity of the ingredients and texture of each pita before serving to guests, Cava will integrate a new pita press machine in all restaurants,” the spokesperson noted.

The new pita has been tested in several markets, including Atlanta, Raleigh, N.C., and Richmond, Va.

Cava has continued to convert some locaitons of Zoe’s Kitchen, which it acquired in 2018, to the Cava branding, the company noted.

“We see value in both brands, and will continue to operate both,” the spokesperson said.

Cava in April secured $190 million in Series F funding to finance conversions and expand the brand into new markets.