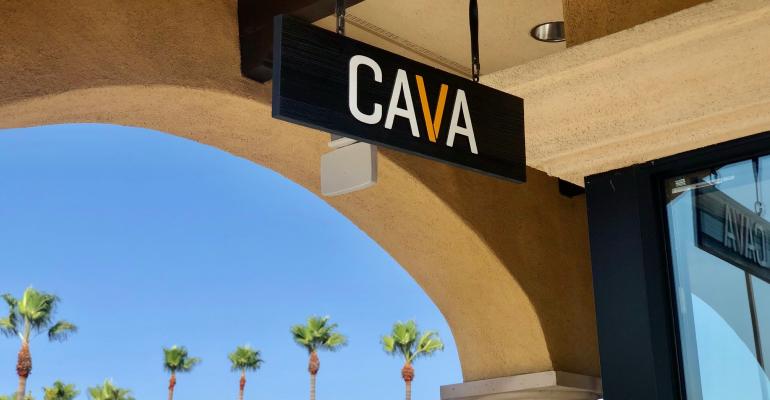 Nancy Luna
Starting Sept. 9, Cava is adding lower-carb veggie rice RightRice, found in supermarkets, as a base option on its menu.
News>Fast Casual

RightRice, created by the founder of Popchips, has been reinventing the rice aisle in supermarkets by landing on the shelves of hundreds of Kroger, Whole Foods Market and Wegmans stores. Now the protein-rich vegetable base is out to conquer the restaurant industry with its first national chain partnership.

Starting Wednesday, RightRice, which has about 40% fewer net carbs than a bowl of white rice, is available on the menu of Mediterranean fast-casual brand, Cava. The brand, which has about 100 locations, said it was looking for a new plant-based offering to enhance its already heavy menu of greens, vegetables and grains. 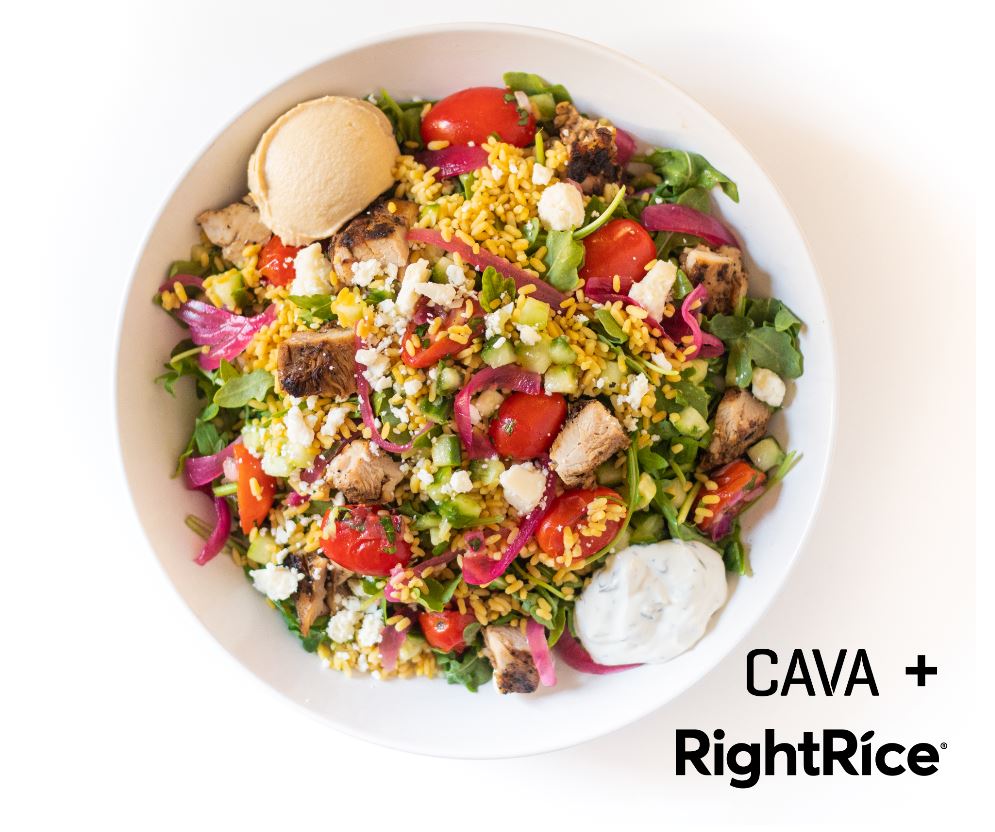 Cava added a new signature bowl , Chicken + RightRice Bowl, shown, to the menu this week. It features RightRice, a protein packed rice alternative made from a blend of lentils, chickpeas,green peas and some rice.

RightRice, which is also sold on Amazon, is a blend of lentils, chickpeas, green peas and some rice.

Both RightRice and Cava say they are meeting growing consumer demand for more plant-forward menu options as seen by the popularity of Beyond Meat and Impossible Burger products. Those distruptors are now found on national chain menus such as Burger King, Del Taco, Red Robin and White Castle.

“After looking at a variety of rice alternatives, RightRice was the only one that delivers on the taste and nutritional profile we were looking for and uses Mediterranean ingredients and flavors we love,” he said in a statement.

RightRice said it has been approached by many restaurants but it chose Cava as its first national partner as both brands share the same mission of making “delicious” and “healthier” food options more accessible.

Cava will feature RightRice's original blend in the new Chicken + RightRice Bowl, which features arugula, grilled chicken, tzatziki, hummus, feta cheese, cucumbers, tomatoes and onions. Customers of Cava, recently named a Next Generation NRN Top 200 brand, can also use RightRice as a base on any build-your-own bowl or pita entrée for a $1 upcharge. It can’t be substituted in any other signature bowl or pita.

“There has been a growing trend throughout the past year for healthier rice alternatives, but unlike cauliflower rice for example, RightRice has the taste, texture and soaks up flavors just like regular white rice while adding a lot more protein and fiber to someone’s meal,” the company told Nation’s Restaurant News in a statement.

Noodles & Company's zucchini noodles are credited for boosting sales at the fast-casual chain. The so-called Zoodles dishes brought back lapsed consumers who were looking for a pasta alternative. The company has since introduced other lower carb alternatives such as Zucchetti, a mix of spaghetti and zucchini noodles and cauliflower gnocchi. This week, El Pollo Loco debuted a keto-friendly burrito. Several pizza chains like Donatos and California Pizza Kitchen have developed low carb cauliflower crusts.

On the rice front: Earlier this year, Chipotle Mexican Grill began testing a Cilantro-Lime Cauliflower Rice at nearly 40 restaurants in Denver and Wisconsin.