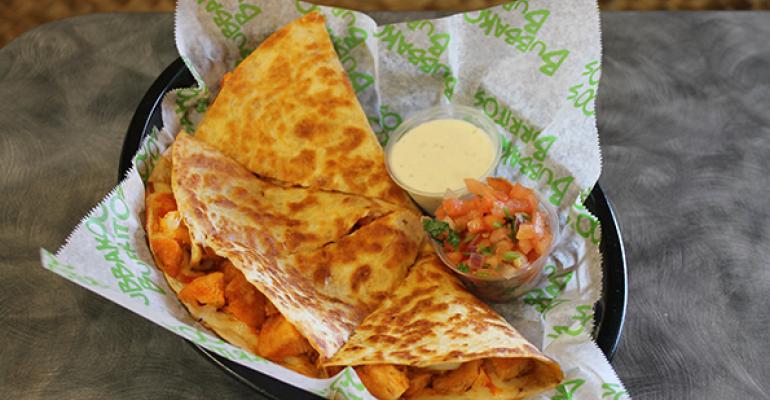 “We have one location that you couldn’t find us if you were looking for us, and it’s gotten to be very busy,” Altero said.

Residents of the Jersey Shore, where Bubbakoo’s is based, seek out the restaurants.

“We almost like to call it a cult following in our area. People are nuts about us,” Altero said. “We’re not really widely known, but we own Ocean and Monmouth County.”

Altero and Hart, Johnny Rockets operations veterans, opened the first Bubbakoo’s restaurant in 2008, in a 1,200-square-foot location in Point Pleasant, N.J., that was connected to a Jersey Mike’s Subs restaurant.

The economy was weak, which meant they could secure affordable leases, and after a slow start, Bubbakoo’s opened more restaurants along the Jersey Shore in former restaurants in what Altero called “B and C locations.”

The restaurants flourished, and the seven units open at the end of 2014 had average unit volumes of around $725,000, with two locations, including the first and smallest one in Point Pleasant, grossing more than $1 million. The average check is around $11.

Altero and Hart said the keys to their success are community involvement and great food and service.

“We really focused on the community,” Hart said. “Lots of fundraisers with churches and schools, an expensive billboard at the Point Pleasant Borough High School football field — we did what we had to do to reach the locals.”

“As a company, every week we give out hundreds of dollars of gift card donations, and we’ll literally feed people if they come in and they don’t have money. We’ll take care of them. That’s our mantra: Take care of people,” Altero said.

Community outreach “got [customers] in the door because they liked us, and then when they ate us — we have very heavy frequent users now,” he said.

Bubbakoo’s also serves nachos and its own invention, The Chiwawa, panko-crusted fried rice-and-cheese balls smothered in nacho cheese and topped with a choice of toppings. Distinctive add-ons include mango, bacon and, in the style of South Jersey sandwiches, peppers and onions.

Six of Bubbakoo’s eight restaurants — one opened at Rutgers University in New Brunswick, N.J., in February — are in Jersey Shore communities, and the restaurants are beach themed. The name, invented by Altero and Hart, is meant to evoke a place of escape and happiness.

“When you walk in and you see a tiki hut and tiki masks and surfing videos and skateboards, it’s almost like when you walk in you’re not out there anymore. You’re on vacation,” Hart said.

Bubbakoo’s recently relaunched delivery after a two-year hiatus, and have a mobile app for ordering and payment. Now the chain is ready to start franchising.

“We’re obviously going to encourage franchisees to get great real estate,” Altero said, adding that he is choosing franchisees carefully, seeking out people with financial wherewithal and operational experience who also mesh well with the corporate culture.

“It’s our baby. It’s like taking my kids out for the day. Not everyone’s going to be allowed to do that,” he said.