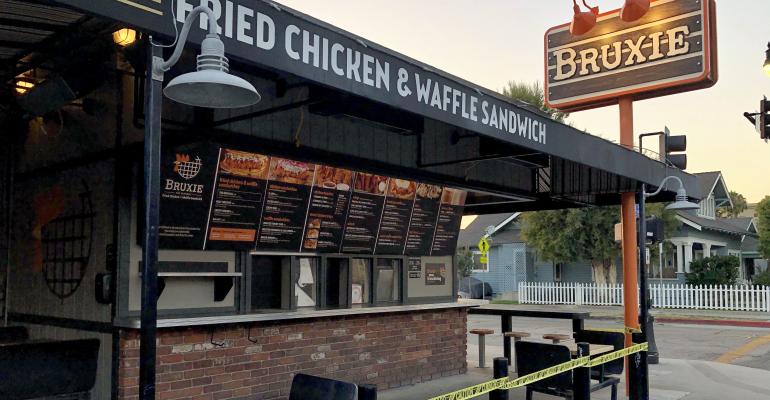 TCGM Holding Company acquires fast-casual concept in asset sale; original location, closed since the onset of the pandemic, will reopen next week with focus on throwback sandwiches and concrete-style frozen custard desserts.

Kelly Mullarney had no clue he’d become a pioneer of the gourmet waffle sandwich craze when he co-founded Bruxie 10 years ago in a decades old walk-up fast-food stand stand in Southern California.

Delivery and carryout services were not offered, leaving fans-wondering if the closures would be permanent.

“It's been painstaking to see [the restaurants] closed by someone else where we had no control,” Mullarney said in an exclusive interview with Nation’s Restaurant News.

But now he's wrestled back control as new owners have taken over of the emerging concept.

TCGM Holding Company LLC, owned by early Bruxie investors Tommy Chua and Gordon Miles, has purchased Bruxie’s assets through a special California reorganization process. Greenwich, Conn.-based L Catterton, which took a majority stake in the company in 2016, no longer has a stake in the business. The value of the deal was not disclosed.

The rebirth of the brand begins Sept. 22, when the new owners plan to reopen the original 400-square-foot walk-up stand in Old Towne Orange's historic downtown near Chapman University. The Brea, Calif. restaurant, which Mullarney has taken over as the new franchisee, will open about two weeks later.

The reopening of the remaining restaurants including one on The Strip in Las Vegas has yet to be determined.

Their back to roots approach includes adding original waffle sandwiches that left the menu when the chain rebranded four years ago with a menu of fried chicken sandwiches and plates.

“We believe in bringing a lot of the original feeling and premise of Bruxie back into focus, especially in this time where people are out there really wanting things that are comfortable -- things that they recognize,” said Mullarney, who remains the brand's chef. 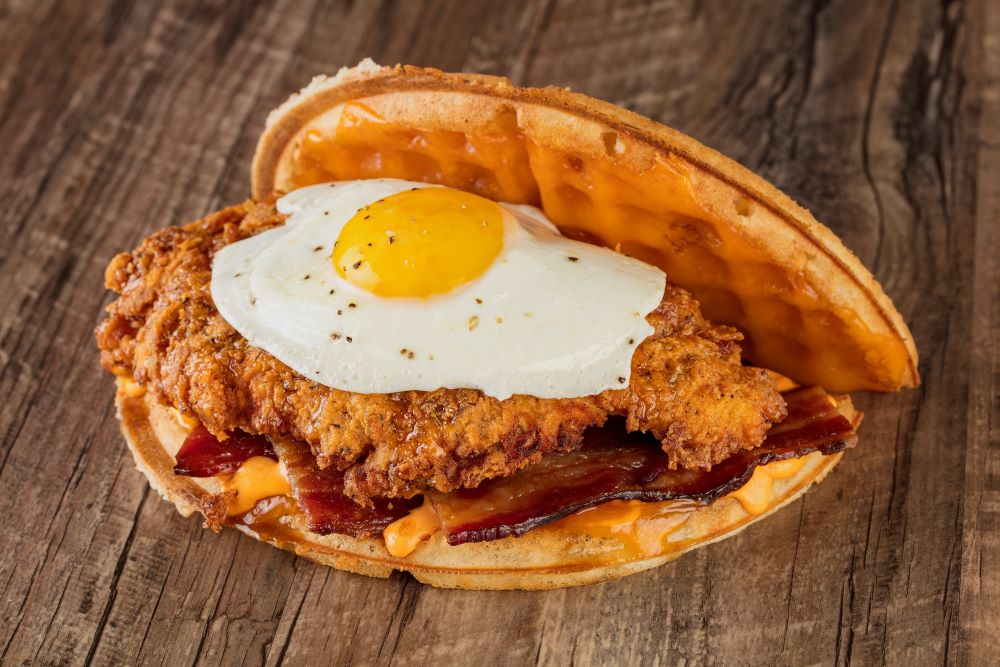 Come next week, customers will find a hybrid menu consisting of four fried chicken sandwiches, as well original comfort foods such as the Bruxie Burger and the Hot Pastrami, Roasted Mushroom and Turkey Club sandwiches. Salads, waffle fries and breakfast sandwiches will also be on the menu.

On Throwback Thursdays, Orange and Brea will bring back other old favorites that disappeared during the menu overhaul. Waffle sandwich prices will range from $8.95 to $11.95.

“I think that's going to be super fun,” Grinstead said.

While the holding company hasn’t signaled when it might reopen the other locations, Grinstead said one thing’s for certain: growth is in the brand’s future, both domestically and internationally.  Three locations are currently open in South Korea and India. The brand also has a food truck operating in Alabama.

“It's a wonderful brand and we expect to grow the brand significantly,” Grinstead said.

Once the two locations are up and running, Grinstead said the company will focus on expanding its digital footprint, including adding third-party delivery options and online ordering.

“We'll be looking to make [digital ordering] more robust over time,” he said.

For now, the brand will be serving guests through traditional channels including carryout and phone orders.

While building online ordering tools in a COVID-19 environment is important, Mullarney said his initial focus will be on recreating the “magic” that made Bruxie a national sensation years ago.

“I think this is an opportune time to spring back to that period and revisit all those things that made Bruxie successful,” he said.

And when the tiny retro stand reopens next week, all the “gut wrenching” feelings Mullarney has felt over the past several months will give way to sheer joy.

“The exciting part is going to be when we start serving our first sandwiches to people out that window over in Orange,” he said, followed by a long pause as he tried not to choke on his words.

“It's really kind of emotional.”