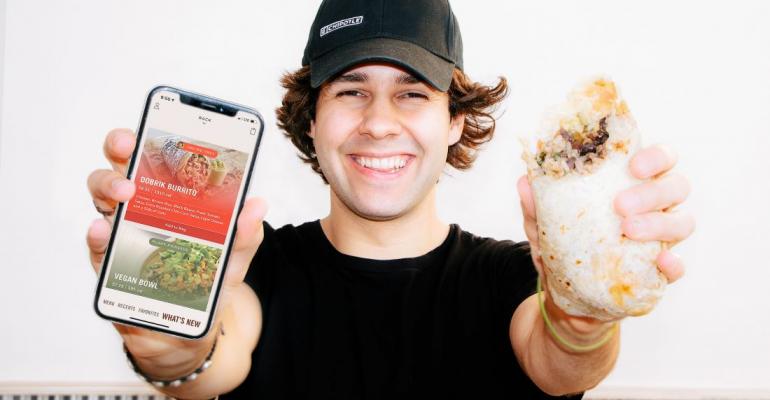 Brian Niccol on Chipotle sales gains: ‘This is just the beginning’

Those goals became CEO Brian Niccol’s marching orders when he called the brand invisible after settling into the arduous job of rebuilding the once high-flying fast-casual brand.  A year later, the Newport Beach, Calif.-based chain, haunted for years by food safety scares of the past, is firing on all cylinders with no plans to slow down.

The company reported a 10% increase in same-store sales for the second quarter ended June 30. The jump was driven primarily by a near 7% increase in transactions, and enthusiastic response to the chain’s delivery platforms.

“We're delighted to see the response that we're getting,” he said. “But this is just the beginning.”

The company’s digital sales, which includes catering, delivery and pick up platforms, jumped 99.1% and accounted for 18.2%, or $262 million, of sales for the quarter.

“This was more than we did in digital sales during all of 2016,” Niccol said.

Chipotle’s sixth consecutive quarter of accelerating comparisons and positive guest counts is even more remarkable when compared its peers.

For the second quarter of 2019, the restaurant industry saw same-store sales grow 0.2%, which represents a 0.7 percentage-point drop from the growth rate reported for the first quarter, according to the latest data from Black Box Intelligence, a division of Dallas-based TDn2K. In June, same-store sales were down 0.01%, year-over-year.

During the conference call, Niccol said delivery is only scratching the surface.

“We’re very bullish on how we can drive this going forward,” Niccol said.

The company’s main delivery partner is DoorDash. But it also uses Postmates and Grubhub-owned Tapingo, which specializes in college campus delivery.

“There are a lot of people on these third-party platforms that still have not gotten to try Chipotle delivery,” Niccol said. “There is lots of runway with people that are using these aggregator sites.”

Delivery has also proven to be highly incremental for Chipotle.

Roughly 70% of orders are added transactions from customers who would not have normally ordered from the restaurant. The company’s order-ahead business is not as incremental, but still “a very incremental piece on the business,” Niccol said. 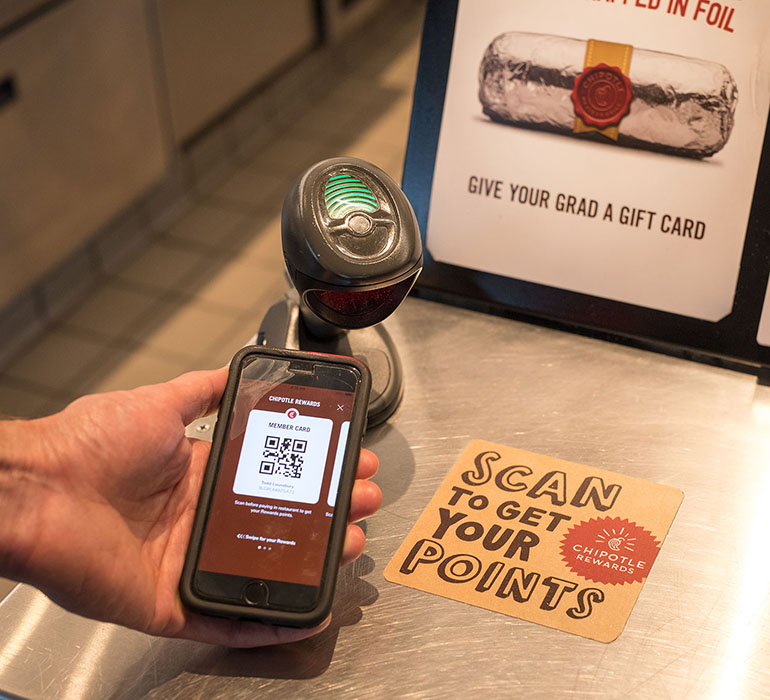 Delivery for the brand has worked best when matched with strategic promotions.

Niccol said the brand experienced “the highest sales day in Chipotle history” when it offered free delivery April 4 on National Burrito Day. The promotion included a tie-in with YouTube “influencer” David Dobrik, whose favorite Chipotle meal -- dubbed the Dobrik Burrito -- was made available for digital only orders made on the chain’s app or website.

“We are seeing increased new customer retention with higher levels of delivery sales after the promotion,” he said.

The company’s revamped loyalty program, which contributes to digital sales through the app, also has room to grow, Niccol said.

At the close of the quarter, the chain had about 5 million members, up from 2 million to 3 million in the previous quarter when it launched the program.

When are new foods coming?

On the food front, Chipotle has been a big tease, unwilling to release rollout dates for highly requested items including a main entree quesadilla. (The brand has a kid’s meal version only.)

But Niccol finally delivered some promising news about adding another protein to the menu.

Niccol said the brand is “near validation” of a carne asada test. Once that test is over, the company “will decide on the timing of a potential national launch,” Niccol said.

As for quesadillas, which have been in test at a store near the brand’s coastal California headquarters, fans will still have to wait.

The quesadillas are cooked in new countertop ovens, equipment that could be used for other new items such as nachos and desserts. Execution, however, of the quesadilla is still in the works. He said Chipotle won’t roll out any new item until it knows they won’t impact throughput.

“We still have some work to do in order to streamline our workflow,” he said.

When pressed by investors about the motivation behind creating new foods, Niccol said Chipotle is not looking for a one and done customer visit. The company tests new foods to give consumers a reason to come more often or try Chipotle for the first time. Excitement over carne asada is why the chain is close to rolling it out nationally.

“This item is easy to execute operationally, has a unique flavor profile and is receiving terrific customer feedback in our test markets,” Niccol said.

Throughput is a metric Niccol has been pushing for months.

Speed and efficiency have become so important the company launched a quarterly cash bonus program for employees. Eligible workers can earn up to an extra month’s pay each year if they help stores meet certain performance metrics, including throughput. 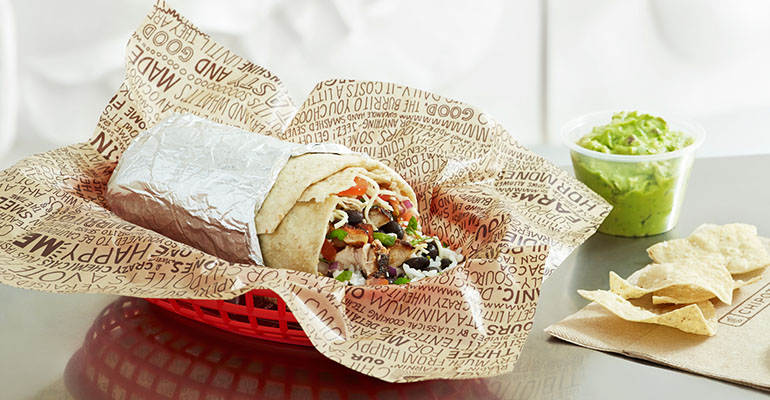 Behind the scenes, restaurants have improved speed, convenience and order accuracy through the installation of quick-pick-up shelves and digital second make lines. The company is seeing results. Delivery, on average, arrives in about 30 minutes, Niccol has previously stated. When ordering pick up through the chain’s branded app, it is common for some customers to fetch food within 20 minutes.

The company opened 20 restaurants and closed one in the quarter, bringing its total to 2,523 locations.