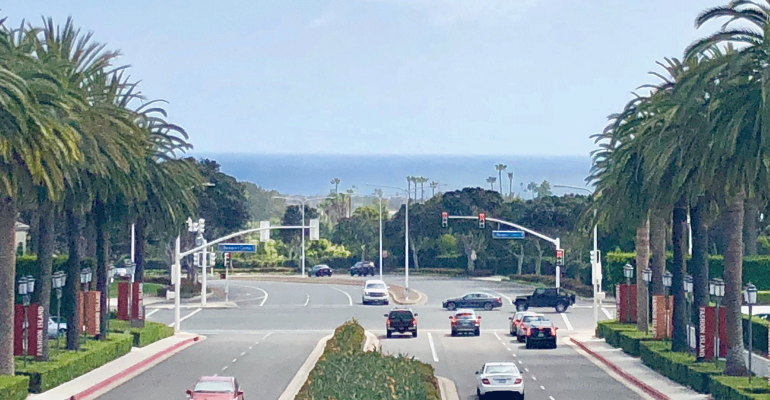 Nancy Luna
This could be the view for Chipotle corporate employees who relocate to Newport Beach offices.
News>Fast Casual

Analysis: 4 reasons why Chipotle is bailing on Denver

Ever since our collective jaws dropped when Chipotle Mexican Grill announced plans to exit its home base of Denver, speculation and chatter about the controversial relocation has been widespread — from employees to Wall Street.

We, at Nation’s Restaurant News, have been thinking about the move for a few weeks, as well. Now that the shock is over, we’ve asked some industry watchers, and insiders, to give us their thoughts about the move.  (Note: Chipotle has declined to discuss specific details about the move to Southern California beyond the initial May 23 announcement.)

The main question: Why is the newly anointed King of Foil-Wrapped Burritos, CEO Brian Niccol, uprooting Chipotle from its Mile High City roots and replanting them along the sandy beaches of Newport Beach, Calif.?

Some answers are obvious, while others are speculative but certainly plausible. We’ll know more June 27, when Niccol plans to host a special conference call to discuss his turnaround plan.

Until then, here’s a few possible reasons to digest:

In various statements, Niccol, who maintains a home in Newport Beach, said the move to Southern California is about “transforming our culture and building world-class teams to revitalize the brand and enable our long-term success.”

Being in Southern California, one of the most desirable climates in the U.S., will “position us well in the competition for top talent,” Niccol also said.

Evidence already exists that Niccol is turning to his former A-Team Taco Bell players to support his vision for Chipotle’s turnaround.

In late March, Chipotle named Chris Brandt chief marketing officer. Brandt served as chief brand and marketing officer at Taco Bell, and worked with Niccol on some of the Irvine, Calif.-based chain’s most talked about product launches including breakfast, Quesalupa and Doritos Locos Taco.

Niccol, who lives in Newport Beach, tapped Brandt 15 days after he started at Chipotle. And, he’s paying top dollar for top talent. Brandt will reportedly receive a base salary of $600,000 a year, according to his offer letter.

“I think Brian Niccol may try to ‘reunite the band’ by recruiting additional talent from Taco Bell in nearby Irvine. He already has recruited Chris Brandt from Taco Bell, and I think he may try to get others to join,” Anderson told NRN.

2. This was the plan all along

Niccol didn’t wake up in the middle of the night and suddenly realize he had to relocate Chipotle to California.

This was a done deal before he signed any contract, industry analysts say. Speculation is that Chipotle could set up its new offices in a business tower along Newport Center Drive, which overlooks one of the county's most luxurious outdoor malls, Fashion Island.

Niccol has made no secret that he and his wife are raising young children in Newport Beach, which is not too far from Taco Bell’s headquarters. He most likely made the relocation to Southern California a condition of his hire, McNeal said.

“Guaranteed,” said McNeal. “When you’re interviewing for this level, there’s a lot of conversation of what will you do with the company. I guarantee you that [relocation of the headquarters to SoCal] was discussed. This was a very well thought out plan, fully put in place before they signed the contract.”

In May, Niccol said the move to Southern California will help revitalize the brand for long-term success.

But moving to a market where real estate is among the highest in the state isn’t exactly a “cost savings move,” said Anderson.

Clearly, many corporate staffers will not relocate due to sticker shock, not to mention lifestyle reasons.

McNeal said that might be the point: Moving to Newport Beach will trigger an instant trimming of corporate staff.  (NRN has already heard from employees who are awaiting severance packages.)

Of the 400 corporate employees in Denver, about 50 to 100 “will make the move” to Newport Beach, McNeal predicted.

“It’s quicker growth, and access to capital,” McNeal said. “And ultimately, he’ll build a lot of shareholder value. He’ll recapitalize the company by selling of the units. It’s going to make the stock go crazy. That’s the strategy. I can’t see it in any other direction.”

Anderson agrees about franchising, but doesn’t think it’ll happen domestically. “I believe Mr. Niccol will try to franchise the brand, but I think the franchising efforts will be limited to overseas, where operators have a better feel for local markets.”

Bob Phibbs, CEO of The Retail Doctor, said he thinks franchising is unlikely. “Their stock is recovering, customers are returning, and they have plenty of capital. I think this is just a clean break and an attempt for Brian Niccol to appeal to his former colleagues,” he said.

Finally, moving away from Colorado solves one big problem.  It distances the company from Steve Ells, who founded the first Chipotle in Denver in 1993.

McNeal agrees. Niccol is moving Chipotle away from its history, which is still associated with a food safety scandal they can’t seem to shake.

Niccol is sending a message about who’s in charge.

“It’s his way of saying, ‘This is my company,’” McNeal said.