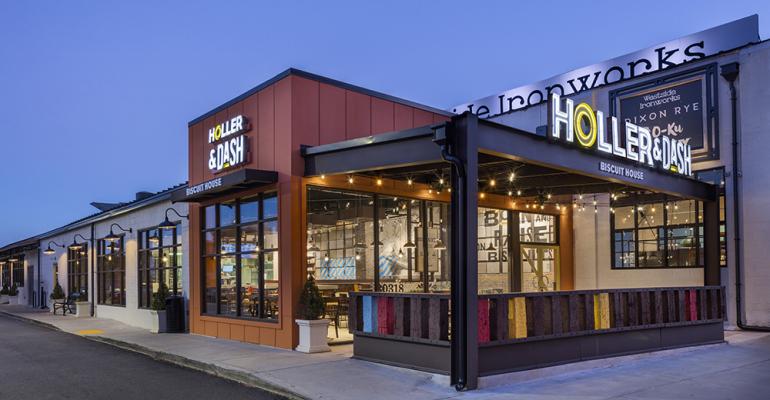 Sardar Biglari, the large Cracker Barrel Old Country Store Inc. shareholder who five years ago lost a battle to force a sale or other transaction of the company, this week urged it to divest or eliminate its fast-casual Holler & Dash Biscuit House, according to filings with the Securities and Exchange Commission.

“From the outset, we believed Holler & Dash was an ill-conceived project that was destined to fail,” Biglari wrote in a “Dear Sandy” letter to Sandra Cochran, the company’s president and CEO. “After three years, our original conviction has only intensified. The company has no business pursuing a start-up.”

A Cracker Barrel spokesperson said Thursday the company would have no comment on the letter.

Biglari said his Lion Fund II L.P. owns 3.5 million, or 14.7%, of Cracker Barrel’s 24 million outstanding shares. Biglari’s holdings are down from nearly 20% six years ago, when Biglari unsuccessfully waged several proxy fights for board seats, the last in 2013.

“We are becoming increasingly concerned about Cracker Barrel’s recent and potential capital allocation decisions,” Biglari said in the letter.

He added that divesting Holler & Dash would reduce general and administrative expenses.

“It is time that you sign the death certificate on the Holler & Dash venture,” Biglari said.

Biglari also questioned Cracker Barrel’s reporting of financial performance at new Cracker Barrel units, asking that company “publish the total investment in new stores along with all pertinent data so we can judge the returns for the period under your leadership as CEO.”

He also said the company should maintain or increase its special dividend, which was paid last August at $3.75 a share.

Cracker Barrel has not released separate financial results for the Holler & Dash division.

Cracker Barrel, founded in 1969, has 659 locations in 45 states as well as the seven Holler & Dash restaurants. Nation’s Restaurant News cited Holler & Dash as a “Hot Concept” in 2018.