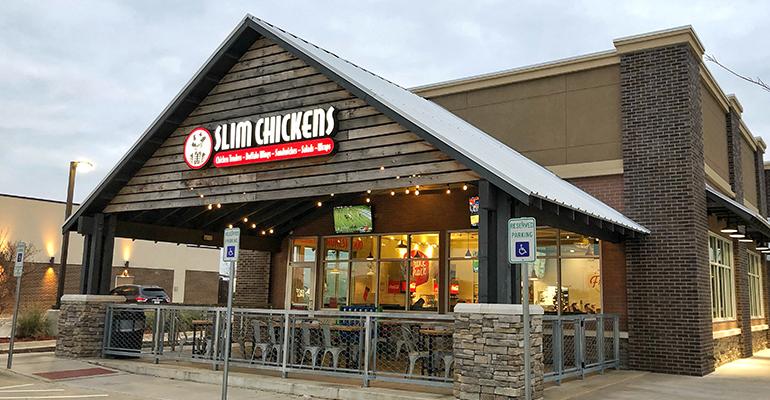 Ron Ruggless
Slim Chickens’s 3-year-old unit in Irving, Texas, sports patio seating, which is found in most of the stand-alone restaurants.
News>Fast Casual

Slim Chickens Development Co. opened its 100th unit last week in Little Rock, Ark., and is tailoring growth in the year ahead, a company partner said.

“We’ve made advances in the interior and exterior of the prototype. We’ve upgraded technology with online ordering, app, rewards program. We’ve done additions to the menu,” said Sam Rothschild, a Slim partner and chief operating officer, in a phone interview. 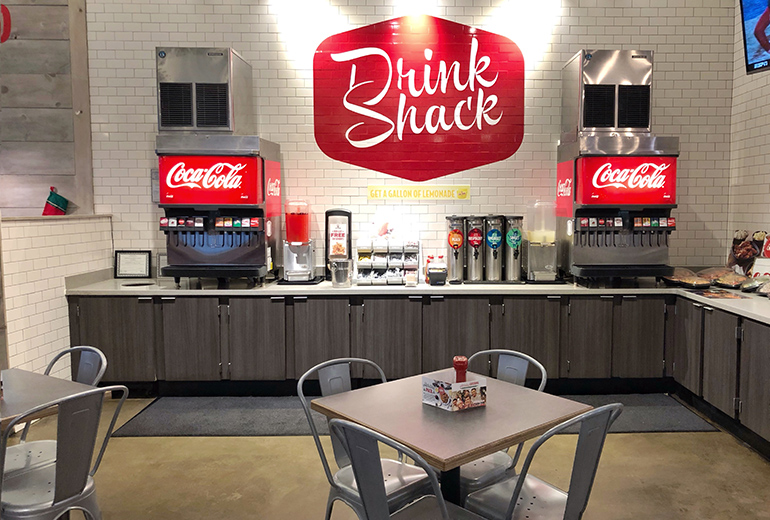 The Fayetteville, Ark.-based fast-casual brand opened 21 restaurants in 2019, with 18 of those franchised and three company-owned. The company plans to open 31 units over the next year, Rothschild said, both domestically and internationally. The company has six franchised units in the United Kingdom and two in Kuwait in the Middle East. 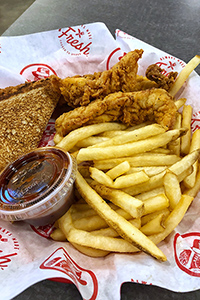 Photo: Various portion sizes of the buttermilk-marinated tenders are offered with one sauce. Additional sauces are available and price individually.

The Slim Chickens menu offers tenders that are buttermilk-marinated, breaded and cooked to order with a choice from 17 individually portioned dipping sauces as well as sandwiches, wings, chicken and waffles and wraps. Sides include a popular macaroni and cheese. Per person check averages is $8.50 to $9, Rothschild said. 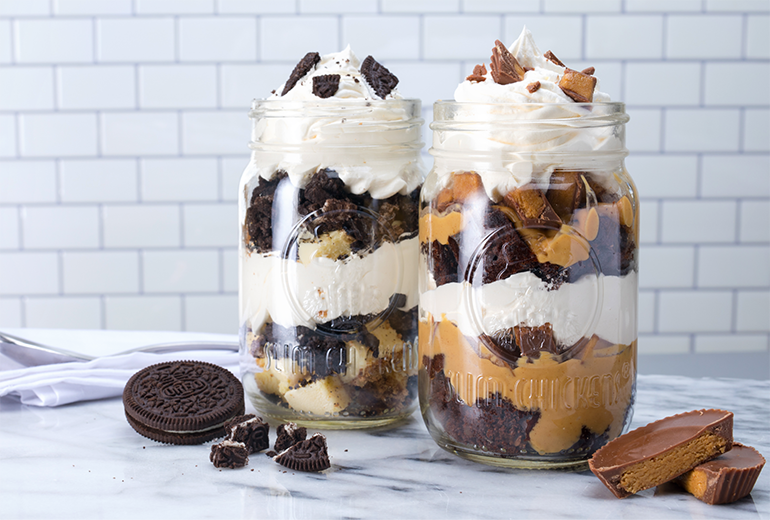 Slim Chickens offers a rotating selection of desserts in Mason jars that guests may keep.

A variety of Mason jar desserts are offered from a display case, and guests can keep the jar. “Slim Chickens can always be in your home or office,” he said.

“We are able to add more infrastructure to our organization to support the franchisees and franchisee growth,” Rothschild said. “We now have a strategic partner that’s significantly grown another brand – [Atlanta-based] Tropical Smoothie Café – so they bring a lot of systems and processes and forward-thinking that has complemented what we had already been doing with the brand.” 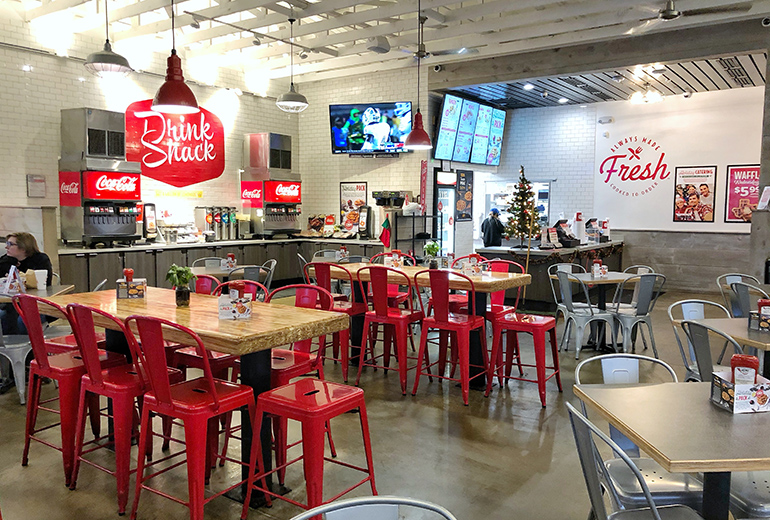 A variety of seating styles, from tall tables to booths, gives guests a variety of choices in a décor that’s called “contemporary Southern.”

“We’ve deployed the brand in a multipronged approach,” Rothschild said. The company sees conversions of prior restaurant spaces as good growth potential, he added. The company launched its first food truck in 2019 and entered the new markets of Colorado, North Dakota and Memphis, Tenn.

On the menu, the company has added Korean barbecue sauce and mango habanero, and plans some new sauces this year, Rothschild said.

“Having that many dipping sauces allows for guests to share flavors,” he said. “Every bite can be different.” The most popular sauces are cayenne ranch, honey-mustard, ranch, spicy barbecue and proprietary Slim Sauce, he said.

Slim Chickens was founded in 2003. Besides the international units, the brand has units in 20 states.