Toasted Yolk wants to become the biggest restaurant chain in the U.S.

Toasted Yolk CEO Chris Milton said his chain differentiates itself in an increasingly crowded space through its menu, its lunch focus and its community atmosphere.

Toasted Yolk recently marked the opening of its 27th location and introduced a new prototype, for measure. The Texas-based brunch concept has come a long way considering it was started by two friends who had a casual conversation about starting a business one night at their church.

Chris Milton and Mathew DeMott decided it was time to move forward with their dream in 2010.

“We left that night, came home to our families and said, ‘Hey, we’re going to go open up a restaurant,” Milton said, adding that both of their wives thought they were “crazy.”

“At the time there weren’t that many people in the space,” Milton said. “You had your Cracker Barrels, your IHOPs, your Denny’s and a couple of other smaller players. We want to do it fun, with flatscreen TVs and bright colors and make it a bar focus.” 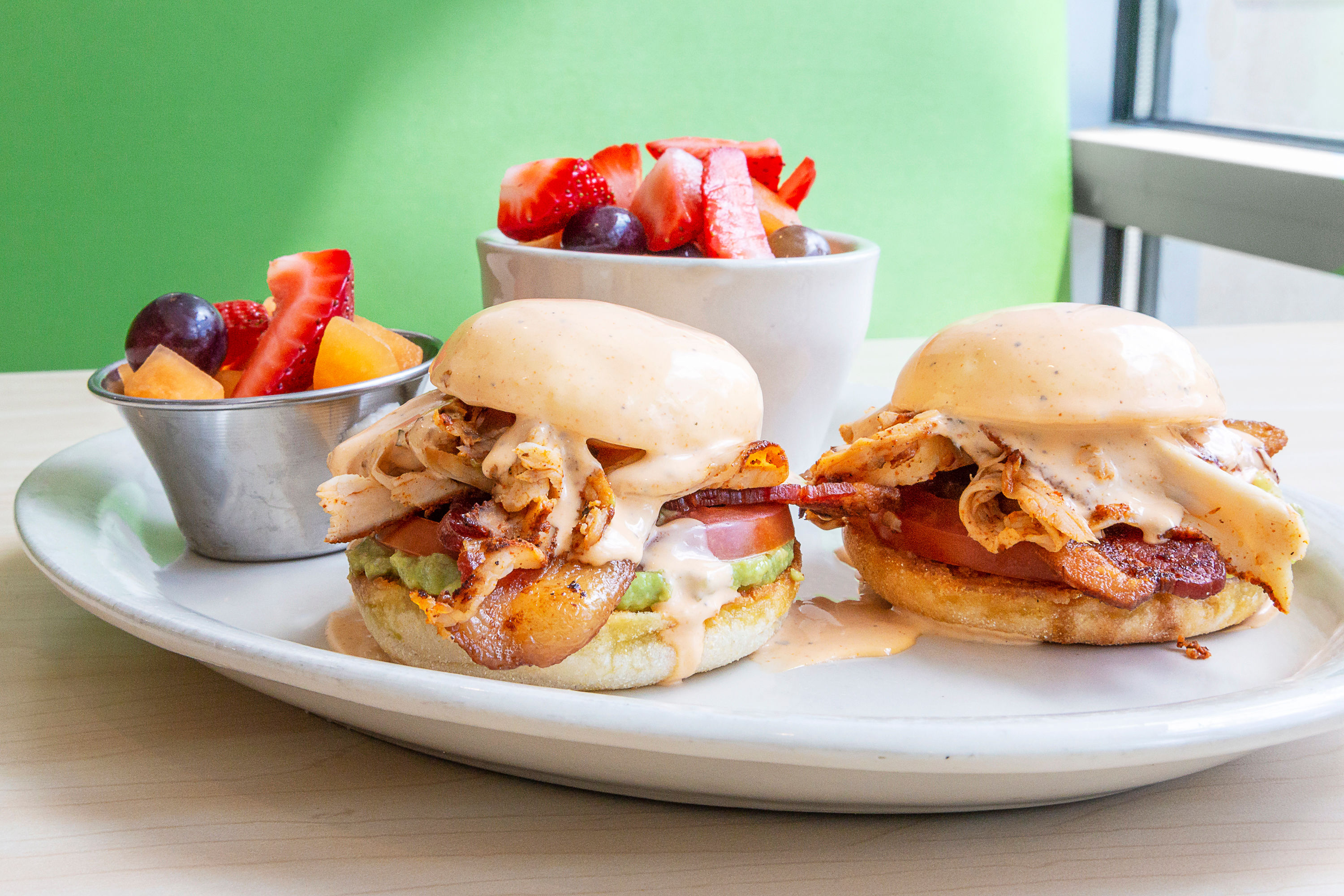 Milton and DeMott set out on the road to take bits and pieces from concepts that already existed, knowing they wanted to be a destination breakfast house with high-end products where “soccer moms could come have Bloody Marys and mimosas.”

“We were lucky to find the actual Toasted Yolk, which is our signature item, and that’s where the name came up. Once we started with that and had a signature dish, everybody did a bunch of tasting and the menu came from there,” Milton said.

It started with the menu, in other words. For the uninitiated, the Toasted Yolk includes two slices of sourdough bread grilled with an egg in the middle of each and served with a choice of breakfast meats. The menu also includes a “Yolkwich,” Cordon Bleu sandwich, brisket tacos, pancakes, waffles, omelets, brunch bowls, crepes and more. Of course, the drink menu is also extensive and includes 10 specialty drinks such as the Toasted Yolk Bloody Mary, the Rise ‘N’ Shine Punch and Jackie’s Morning Rita.

“The bar is a big part of our concept and we put it in the center of the dining room. It just creates such a great vibe. A lot of our competitors don’t have bars or just a service bar,” Milton said.

Another way he believes Toasted Yolk differentiates itself from an increasingly crowded space is by prioritizing lunch alongside breakfast.

“We knew a lot of breakfast places are packed Friday, Saturday and Sunday, but Monday through Thursday, they’re not, so we made our lunch menu just as big as our breakfast menu,” he said.

The sales mix for breakfast is about 60% during the week and 85% during the weekend. Even as it grows its footprint, Toasted Yolk plans to maintain its full-service business model — “We don’t do tablets, we like service,” Milton said. It’s also leaning into that new prototype, which taps into a modern, casual design with an idea of “bringing the inside out.” All future Toasted Yolks will feature open-air bars leading to a patio, for instance.

“Brunch means different things to different people. We want to be that meeting place for the community,” Milton said.

Toasted Yolk is leveraging its differentiators to grow at a steady pace. The Houston, Texas-based concept first opened in 2010 but didn’t open its second location until 2014. By 2016, people started inquiring about franchising. Toasted Yolk opened its first franchised location in 2018 and now has 90 stores in development. By the end of next year, about 50 are expected to be open.

Franchising is the route Toasted Yolk will take to try and achieve that goal. Milton said, however, he won’t sell a franchise deal to “anyone I feel I can’t have a beer with.”