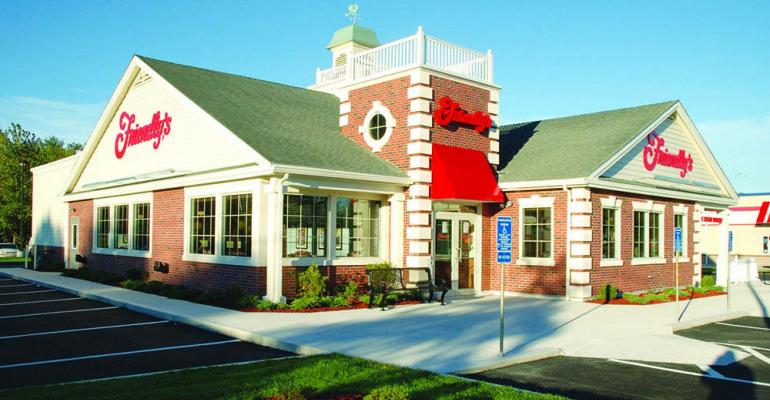 The parent company of Friendly’s, which was making strides to regain its financial footing prior to the pandemic, has sold its assets in a bankruptcy sale to an affiliate of BRIX Holdings — the multi-brand operator of brands such as Red Mango and RedBrick Pizza Kitchen Cafe.

The value of the deal, announced Monday by Wilbraham, Mass.-based FIC Restaurants Inc., was not disclosed. BRIX affiliate Amici Partners Group will be the brand's new owner.

FIC Restaurants is owned by Sun Capital Partners. Sun Capital, which sold Lake Forest, Calif.-based Johnny Rockets to FAT Brands, could not be reached for comment.

The bankruptcy reorganization plan, which includes 50 corporate-owned restaurants, is expected to be approved in mid-December. Friendly’s said nearly all 130 company owned and franchised restaurants are expected to remain in operation under the Chapter 11 bankruptcy plan.

Thousands of corporate and franchisee jobs will also be saved as a result of the deal, FIC Restaurants stated.

“We achieved this by delivering menu innovation, re-energizing marketing, focusing on take-out, catering and third-party delivery, establishing a better overall experience for customers, and working closely with our franchisees and restaurant teams,” he said in a statement. “Unfortunately, like many restaurant businesses, our progress was suddenly interrupted by the catastrophic impact of COVID-19, which caused a decline in revenue as dine-in operations ceased for months and re-opened with limited capacity.”

Michel, who retired as CEO of Boston Market in early 2018, was named interim CEO of Friendly’s later that year.  Michel will remain CEO until the close of the deal, at which point the new owners will determine management, according to company representatives.

Update: This story has been updated to include sales figures provided to NRN from Friendly's.