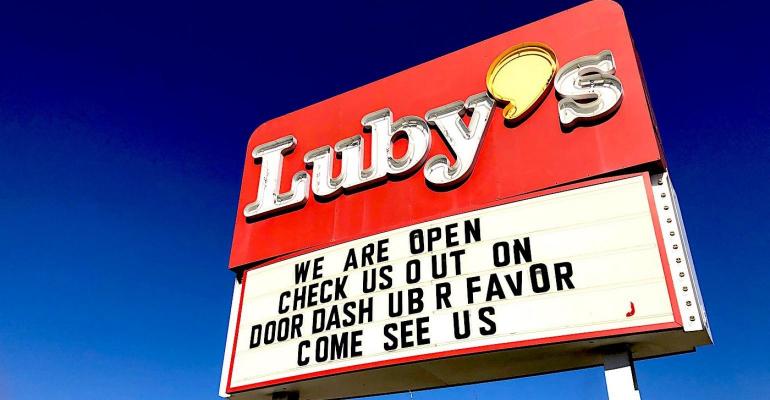 Luby’s Inc. continues to wind down its operations, closing more cafeteria properties and selling some of its company-owned Fuddruckers burger units to franchisees, the company said in federal filings Monday.

The Houston-based company, for which shareholders in November approved liquidation, also said it had terminated the sub-lease of the Cheeseburger in Paradise brand, for which the last restaurant closed in March 2020, and sold its rights to the Koo Koo Roo brand name to an independent third party.

Proceeds from the deals “were immaterial,” the company said in documents filed with the Securities and Exchange Commission.

Luby’s plans to complete the dissolution of the company by mid-2022.

As of March 10, Luby’s owned 58 cafeterias and 23 Fuddruckers units. Five of those were combination units where the burger brand and the cafeteria share the same space.

In February, Luby’s sold and transferred the lease one company-owned Fuddruckers restaurant to HPCP Investments LLC, a company related to the Pappas restaurant group, for $200,000. Pappas Restaurants Inc. entered into a franchise agreement to operate that Fuddruckers location.

The deal was approved by a board committee, as it involved a company affiliated with Chris Pappas, who stepped down as Luby’s CEO and president earlier this year. Luby’s named John Garilli of Winthrop Capital Advisors LLC as interim president and CEO to succeed Pappas, after he resigned effective Jan. 27. Pappas remains a director on Luby's board.

In mid-March, Luby’s completed the sale of nine Fuddruckers units in Arizona, Texas and Virginia to Black Titan Holdings LLC, an affiliate of investor Nicholas Perkins, and later closed on three others, while remaining liable for lease obligations on those properties. The sale of one other Fuddruckers location to Black Titan is expected in the third quarter.

The company has also been liquidating some of its real estate holdings. During fiscal year 2021, through April 26, Luby’s closed on the sale of two properties for total net proceeds of about $5.1 million. As of April 26, Luby’s still owned 63 properties.
Contact Ron Ruggless at [email protected]