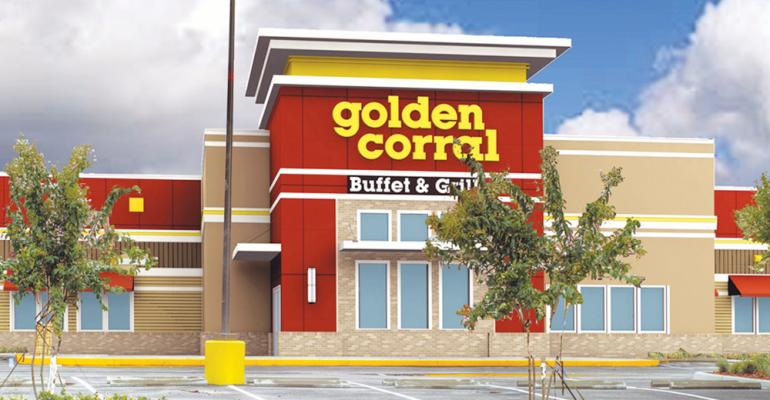 Winter Park, Fla.-based 1069 Restaurant Group, which franchises 33 units of the Raleigh, N.C.-based buffet chain, said in its petition Monday that only six locations are open for dine-in service among its restaurants in Florida and Georgia.

The petition also said the company hopes to open another 18 restaurants by the end of 2020.

“Leadership will continue reviewing underperforming locations for potential closure and/or sale where appropriate,” the company told the court. “Debtors expect to reject at least six leases in the very near term.”

The filing, in U.S Bankruptcy Court for the Middle District of Florida’s Orlando division, cites liabilities of between $50 million and $100 million and assets of $10 million to $50 million.

The company said it closed all its Golden Corral units on March 16. The parent company in late March suspended operations at 35 company-owned buffet units as a result of the coronavirus pandemic.

The 1069 Restaurant Group and its affiliates said in the bankruptcy filing that “during April through July 2020, the companies considered numerous restructuring options and negotiated with various creditor groups as to past due obligations.”

However, the company said, pandemic continued to influence national and state public health policies with both Florida and Georgia substantially easing restrictions and giving 1069 Restaurant Group a chance to increase operations.

“The pandemic is creating enormous disruption throughout the economy, and the restaurant industry as a whole is especially affected,” the company said in its filings.

The 1969 Restaurant Group LLC is a division of Holm & Holm Corp. Inc., which is owned by Eric and Diane Holm.