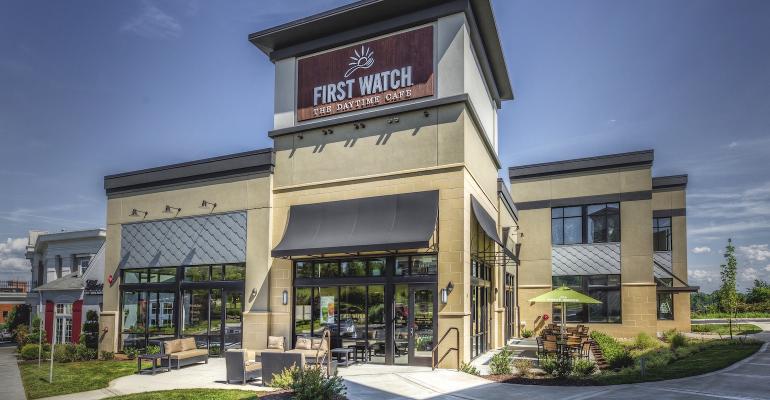 The Bradenton, Fla.-based First Watch, in a Form S-1 statement filed with the Securities and Exchange Commission, said it is applying to trade common stock on the NASDAQ Global Select Market. The number of shares and price range have not yet been determined.

The breakfast-and-lunch-focused First Watch said it intends to use the proceeds from the offering to repay borrowings outstanding under the company’s credit facilities.

A wide variety of restaurant companies this year have filed for or announced they are considering public offerings, including Sweetgreen, Portillo’s, Krispy Kreme and Dutch Bros. Coffee.

First Watch CEO Chris Tomasso in June talked about new First Watch stores that have both a dedicated entrance and cookline to meet off-premises demand, as well as renovated outdoor dining spaces and new indoor/outdoor bars to go with brand’s growing alcohol program.

“Despite the challenges of the COVID-19 pandemic, First Watch remained committed to invest in growth throughout 2020 and 2021 and continued to open new restaurants,” the company said in its SEC filing. The company had 42 new restaurant openings in fiscal 2020 and 18 in the first half of 2021.

Sales and traffic improvements continued into July and August of this year, the company said.

In fiscal 2019, prior to the pandemic, First Watch generated an average unit volume of $1.6 million in a single shift (seven and a half hours daily).

New restaurant openings in the first half of this year, through June 27, have generated annualized average sales of $2 million, the company noted.