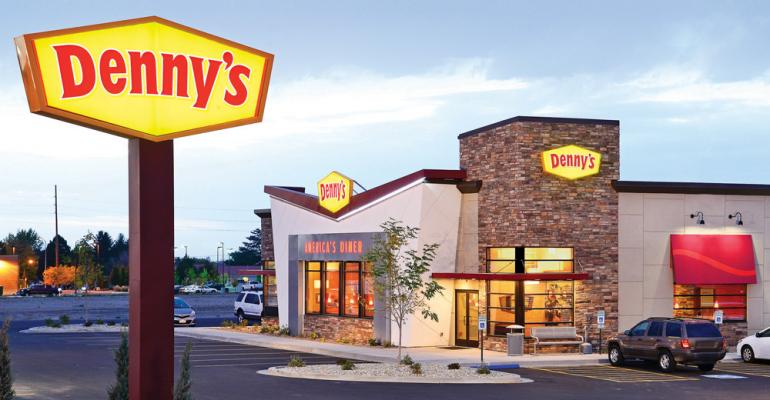 Denny’s says about 82% of U.S. restaurants are back in operation

Denny’s Corp. on Wednesday had about 82% of its domestic restaurants operating, most with takeout and delivery, streamlined menus and reduced operating hours, as the brand dealt with coronavirus restrictions, the company said Thursday.

The Spartanburg, S.C.-based family-dining chain, reporting earnings for the first quarter, said domestic same-store sales declined 6.3% in the quarter but had dipped to a low of down 80% in the final week of the period, which ended March 25.

“While the Denny’s brand had a positive start to the year delivering solid sales results through February, the dramatic and sudden impact of COVID-19 and related restrictive government mandates weighed on the final weeks of the fiscal first quarter,” said John Miller, Denny’s CEO, in a statement.

“As restaurant operations were being limited to off-premise sales channels, we implemented streamlined menus, 'Dine-Thru' curbside service programs and shareable family meal packs in a matter of days,” Miller said.

Denny’s also posted same-store sales declines for each of the weeks since the close of the first quarter. They included for the weeks ended:

“With easing restrictions for dine-in service, 521 Denny's restaurants have reopened dining rooms with capacity limitations in 21 states,” the company said, noting that the brand anticipated see some labor inefficiencies and increased cleaning and supply costs.

Denny’s secured rent relief in the form of abatements or deferrals for about 75% of the leases in which the company is a lessee, including where the company subleases to franchisees, and would extend the relief as a pass through.