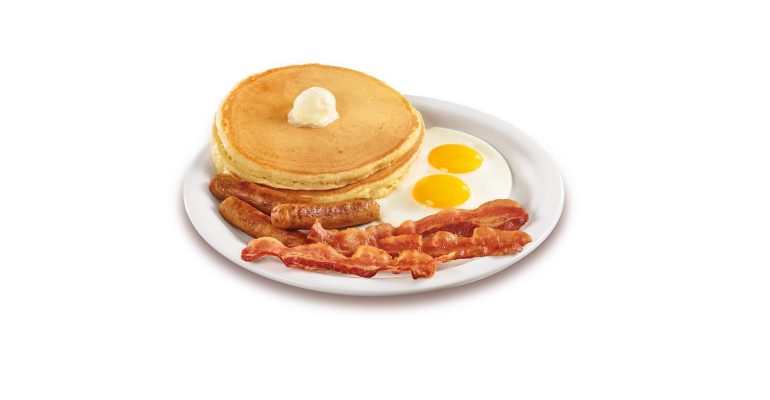 Denny’s said its refranchising effort is on pace to meet expected goals, while off-premise sales have nearly doubled since the family diner chain launched Denny’s on Demand two years ago, the company said Tuesday as it reported quarterly earnings.

Off-premise sales accounted for 12% of total sales for the quarter, up from 7% when the company launched Denny’s on Demand in 2017.

“Delivery continues to drive the expansion of our off-premise business,” CEO John Miller told investors during a conference call. “These transactions continue to be incremental.”

For the quarter ended March 27, Denny’s system-wide same-store sales in the U.S. grew 1.3%, compared to a 1.5% gain for the same period last year. Company restaurants saw a 1.5% increase in same-store sales, while franchise locations, which represent a majority of the system, posted a gain of 1.2%.

Miller said the company sold 14 restaurants since announcing the refranchising initiative last fall. The Spartanburg, S.C.-based family-dining chain said in October that it planned to stimulate growth and save on capital expenditures by converting 90 to 125 company operated restaurants over the course of 18 months.

So far in 2019, the company has converted six locations. However, chief financial officer Mark Wolfinger said 48 company restaurants are on the books with letters of intent from buyers committed to converting the stores to franchise locations soon. Three of the 48 were sold in April.

“The pace [of conversions] is on schedule with our expectations,” Wolfinger said.

The company closed the quarter with 1,705 total restaurants. Of those,1,535 are franchise or licensed locations.

Miller, in a statement, said: “We are pleased with the initial progress of our refranchising and development strategy which we believe will enable us to further evolve into a franchisor of choice in the industry, providing more focused support services. Upon completion, this approach is expected to result in a higher quality, more asset-light business model and the creation of additional stakeholder value."

Miller said store makeovers will also bring long term value. During the quarter, 45 stores were remodeled. Denny's said it has remodeled more than 80% of its restaurants as part of its brand revitalization over the past few years.

On Wednesday, the company also launched a new marketing campaign called "See You at Denny's."

The new tagline “is an invitation for guests to try out the new Denny's,” the company said in a statement.

On the earning call, Miller also pointed to new menu options that are appealing to diners in the current quarter, including the introduction of fruit-flavored crepes, Strawberry Pancake Puppies, improved chicken tenders, wild caught haddock and the Meat Lovers Slam. The latter value menu breakfast dish includes two eggs, two buttermilk pancakes, three strips of bacon and three sausage links. The price is $5.99 or $6.99, depending on the market.