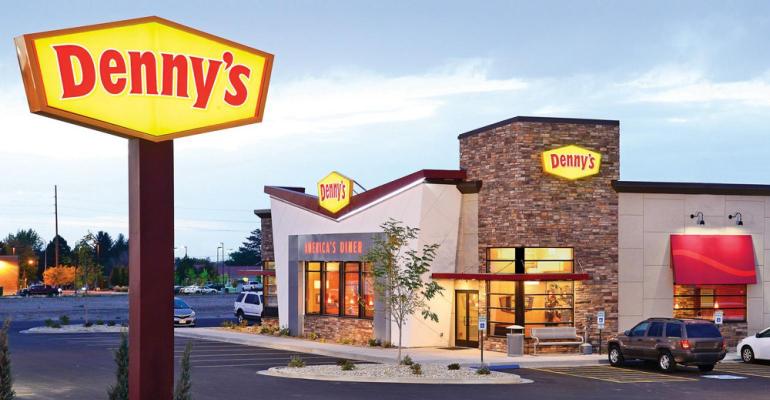 Denny’s had sought to terminate the RWDT franchise agreement over training infractions linked to a 2012 pre-opening.
News>Family Dining

Franchisee Donnell Thompson will be shutting down his two Denny’s restaurants by Friday as his breach of contract case against the parent company continues, his lawyer said Wednesday.

RWDT Foods, of which former NFL player Thompson serves as president, will close the franchised units in Fayetteville, N.C., and North Charleston, S.C., said James Walker, who is lead counsel in the breach of contract lawsuit filed against the Spartanburg, S.C.-based family dining brand last week in the Ninth Judicial Circuit of Charleston County, S.C.

Walker said, “We all agreed that the employees could work until this weekend, so the units are open until Friday of this week. And, at that point, the breach of contract case continues.”

Denny’s had sought to terminate the RWDT franchise agreement over training infractions linked to a 2012 pre-opening.

A Denny’s spokesperson said during that weekend, after the parties agreed on the closures, that “Denny’s prioritizes diversity and inclusion at every level of our organization, and we are proud of the results this has yielded, and will continue to yield, moving forward for our brand.

“Denny’s success is tied directly to the success of all of our franchisees, which is why we make every effort to support them and their operations,” the statement said. “We will always seek to foster a diverse business and look forward to continuing to grow our community of franchisees with inclusion as a core tenet.”

RWDT, Thompson’s partnership with fellow retired NFL player Ron Wooten, has more than 30 restaurants in its portfolio, including Checkers drive-thru units, the company said. Thompson was a defensive end with the Indianapolis Colts from 1981 to 1991.

Walker said both restaurants were profitable.