Chef-driven food, fun décor, and a focus on hospitality help set this chain and its sister concepts apart

San Diego-based Breakfast Republic is the flagship brand of Johan Engman, who owns and operates 14 of them — 11 in San Diego, two in Orange County, and one in Los Angeles — with two more on the way in L.A. County and another in Palm Desert, Calif.

He also operates fast-casual concept Eggies, with four locations each next to a Breakfast Republic; Gaslamp Breakfast Company in its namesake San Diego neighborhood; and three-unit Fig Tree Cafe, which unlike the other restaurants in his portfolio serves lunch as well as breakfast. All four concepts are open daily from 7 a.m. to 3 p.m.

Another Fig Tree Cafe is under construction in the burgeoning San Diego neighborhood of Mission Valley, and a Mission Valley Breakfast Company is in the works, too.

“I’m considering maybe going into a little bit of a holding pattern to see how the recession plays out, but I have six restaurants total in the pipeline, so that’s going to make for a busy 2023 nonetheless,” Engman said. 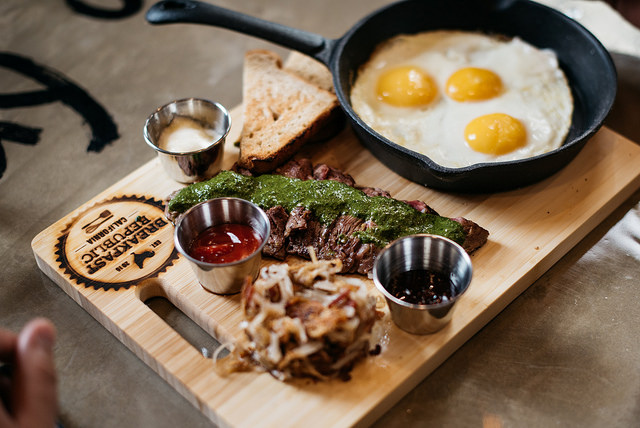 All of the full-service restaurants have average per-person checks of $20-$21 and full bars that account for 9-17% of sales — more near the beaches, less in the more suburban areas — and Engman expects the highest grossing Breakfast Republic, in Mission Valley, to have sales of nearly $3.9 million this year.

Engman will soon also be opening Ox Coffee, which he describes as “a coffee roasting company disguised as a coffee shop.” It will roast all of the restaurants’ coffee, saving him around $4 per pound on the Fair Trade organic beans that he’s buying for around $10 per pound.

“Any opportunity I have to vertically integrate I will seriously consider,” he said.

The restaurants are all supposed to be fun places to get good and somewhat creative meals developed by Engman’s team of chefs. New Orleans-style shrimp and grits is a top seller at Breakfast Republic, which also has an array of eggs Benedict, including one with “Jurassic Pork” or bacon baked with paprika and brown sugar (a similar item at Fig Tree Café is called “Man Candy”). There’s also omelets, French toast, pancakes, breakfast sandwiches and burritos, breakfast bacon mac ‘n’ cheese topped with three eggs, and a breakfast burger topped with Portuguese linguisa sausage, Muenster cheese, an egg, spinach, fried onions and Thousand Island dressing on a brioche bun. 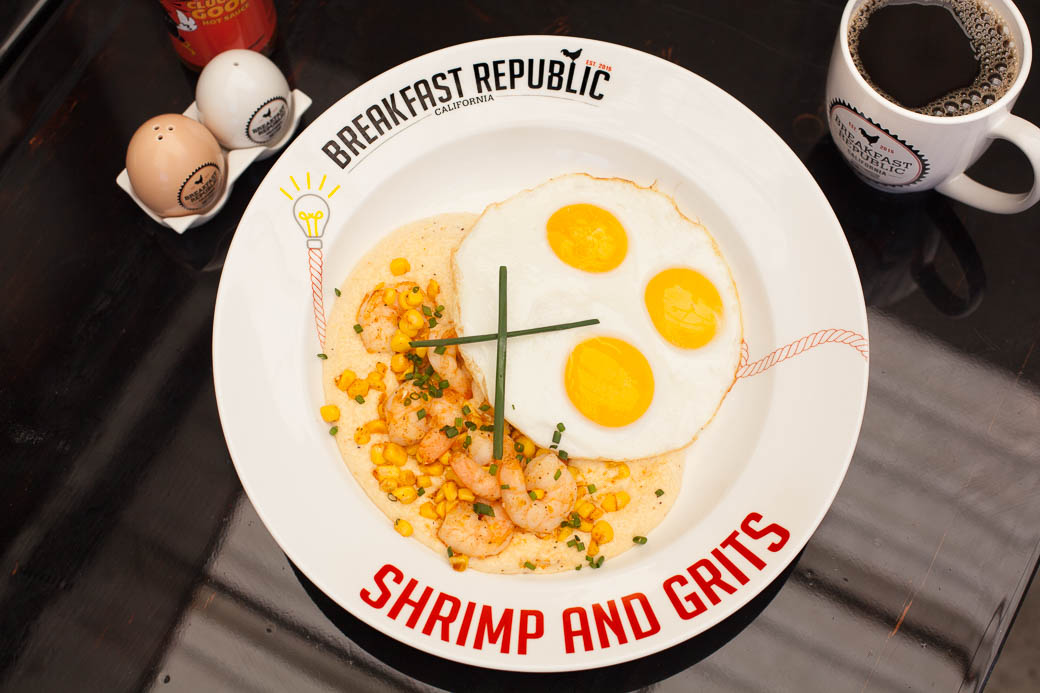 Vegan options include a line of omelets made with egg-free “Just Egg,” made with mung beans.  Then there’s a Keto Bowl and gluten-free protein pancake with blueberries that target the bodybuilding crowd.

Breakfast Company is similar, but with louder music, funky décor, and furniture that mostly comes from an antique swap market in Long Beach.

Engman says Breakfast Republic’s interiors are more “whimsical,” with assorted puns and other quotes selectively placed around the restaurants, such as “Cluckin’ Good Breakfast,” “In Coffee We Trust,” and of course “Have an Egg-cellent Day.”

Engman said that apart from the restaurants’ food and décor, he works to create a culture of hospitality in which employees are encouraged to create “shining moments” for guests.

“Let’s say you’re dining at one of our restaurants in San Diego and you’re not familiar with other places, and a server overhears you talking and can write down four different options for them. Something like that. That’s a small example,” he said. 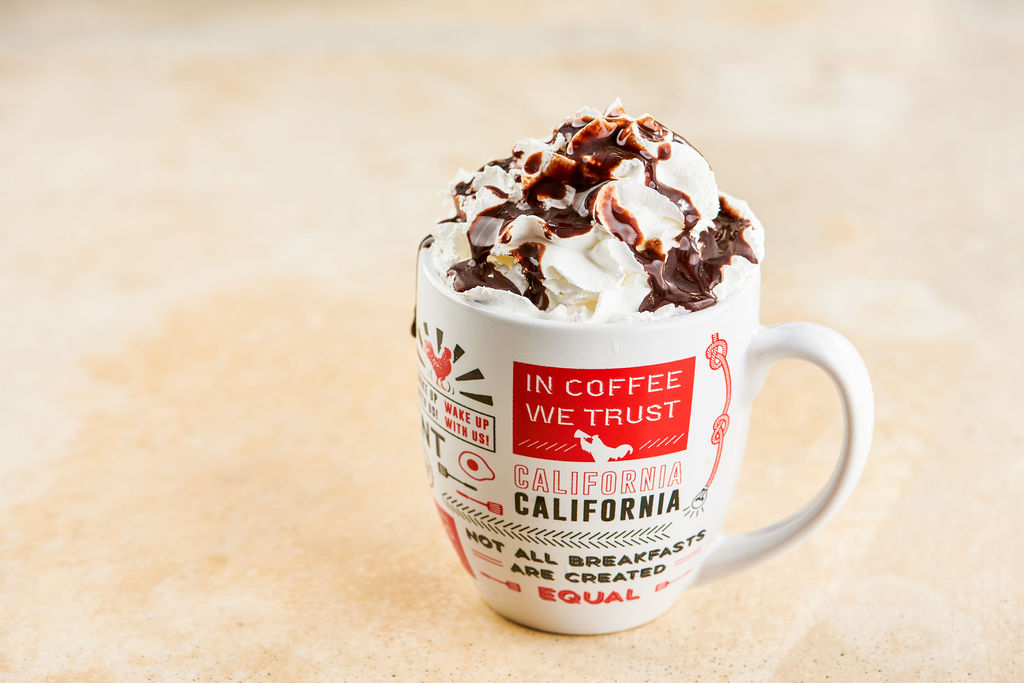 And they don’t merely encourage their staff to do that. Shining moments are recorded at the end of each day, and at an annual awards gala employees are given some serious prizes, like an African safari or a trip to Europe.

“It’s a really big deal in our company,” he said. “We make an impact on the diners there, and it makes the person who’s doing it feel good. It’s nice to know you made someone’s day.”

And of course they hope that customers remember the kind acts and tell their friends.

“It’s going down to what hospitality is really about,” he said.

“Overall the culture that we built trickles down, and I’d like to think that when you come into one of our establishments, you feel like the server and the manager genuinely care for you and want you to have a great experience, and not just because they’re trying to make a tip,” he said. “That’s something we’ve worked very hard on over the years, and I think it’s paying off.”