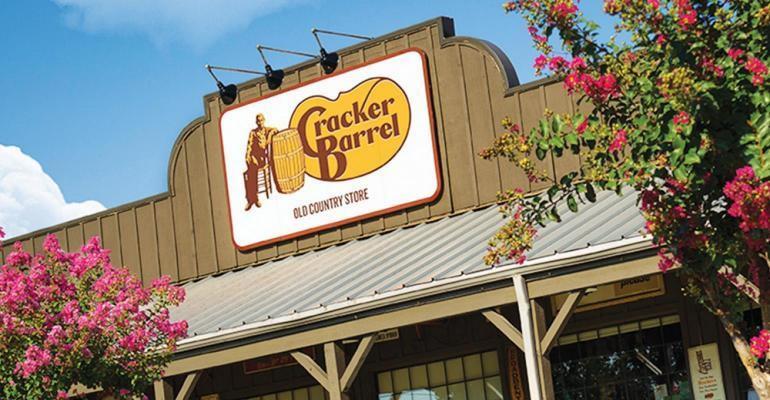 Cracker Barrel Old Country Store’s shareholders supported all 10 of the company’s directors, despite investor Sardar Biglari’s fourth attempt to gain a board seat

San Antonio, Texas-based investor Sardar Biglari of Biglari Capital Group has lost his fifth attempted proxy battle against Cracker Barrel Old Country Store Inc. (and fourth attempt to gain a board seat), as the company approved all 10 of its nominated board directors “by an overwhelming margin,” the Lebanon, Tenn.-based company announced on Nov. 19.

"We are gratified by our shareholders' continued support of our board of directors, and firmly believe our board is comprised of outstanding directors who will continue to drive the successful execution of Cracker Barrel's go-forward strategy,” Cracker Barrel’s board chairman, William McCarten, said in a statement. “We are focused on continuing to adapt our operations to the extraordinary environment while executing on our proven strategic plan and generating shareholder value."

Related: Cracker Barrel sees gradual improvement with a 16.4% decrease in same-store sales, according to preliminary results

Biglari, which Cracker Barrel called an “historically dissident shareholder,” had attempted to nominate the investor’s own ally to the board, Raymond Barbrick, president and co-CEO of The Briad Group in September. Cracker Barrel instead nominated Gisel Ruiz, a former Walmart executive with 26 years of experience, to its board of directors. Ruiz’s nomination, along with nine other directors, was approved on Nov. 19.

Biglari Capital Group — whose holdings represent Cracker Barrel’s largest shareholder group and also owns the struggling Steak ‘N Shake chain, along with Maxim Magazine and other wide-varied properties — has been critical for a long time about Cracker Barrel’s leadership and investment decisions, particularly of investment in (and subsequent divestment of) eatertainment brand Punch Bowl Social.

The company addressed Cracker Barrel’s divestment from Punch Bowl Social in a presentation to shareholders on Nov. 3, saying that COVID-19 had “an outsized impact” on the business which is driven by “larger, in-person social gatherings and corporate events.”

For the first quarter of 2021, Cracker Barrel expects to report net income of approximately $167 million to $172 million.