Another Broken Egg is a brunch chain founded in New Orleans in 1996 by Ron Green, a single father who wanted to create a concept that would allow him to be home with his son every afternoon.

Seeing success in seaside resort areas, in the early 2000s the chain’s headquarters were moved to Destin, Fla. In 2017 it was sold to a private equity firm, The Beekman Group, and since then has expanded to 82 restaurants in 15 states, mostly in the Southeast, with another 16 units planned for next year.

Since November 2019, Another Broken Egg has been led by Paul Macaluso, former CEO of Krystal and president of McAlister’s Deli, with marketing and operations experience at Taco Bell, Burger King, Sonic Drive-In, Moe’s Southwest Grill, and other brands. 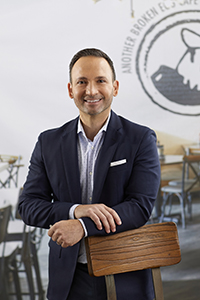 This is Macaluso’s first full-service restaurant and the smallest, “but the brand that has the most potential,” he said.

Business has been booming, partly because of the technology upgrades made in response to the pandemic, such as online ordering, third-party delivery, cloud-based point-of-sale systems, kitchen display systems and more comprehensive reservation software.

“Pre-pandemic we were only doing about 2% of our business to-go, and that was really only people who would call over the phone,” Macaluso said. Now off-premises orders account for around 12% of sales, and that has continued to grow.

So have alcohol sales during the week, which are up by 40% from Monday through Thursday.

“We finished last year at $1.855 [million], which is awesome for being open 49 hours a week, and we’re having positive growth this year in same-store sales.

Macaluso said he thinks the entire breakfast and brunch segment has been aided by the pent-up demand from the pandemic.

“Brunch is a fun daypart where people want to connect with each other and get together and be social, and I think people missed that,” he said. “Our whole category has benefited from that. So we’ve actually grown organically in traffic as well.”

Thanks in part to the restaurants’ New Orleans heritage, Macaluso said, alcohol is an important part of the business and accounts for around 15% of sales. “It’s a big part of why people come to us,” he said, noting that the company just launched a new line of margaritas.

But the food is serious, too.

“We really are elevated when it comes to the ingredients we choose, as well as the innovation that we bring to the menu,” he said.

Recent limited time additions, which are made four times a year, include a Street Corn Scrambler, an Al Pastor Benedict and Boston Cream Pancakes.

Favorites on the permanent menu include shrimp and grits, chicken and waffles and cinnamon roll French toast.

Thanks also to its New Orleans heritage, Another Broken Egg also offers a fair amount of seafood, such as its lobster and brie omelet with Champagne butter sauce. 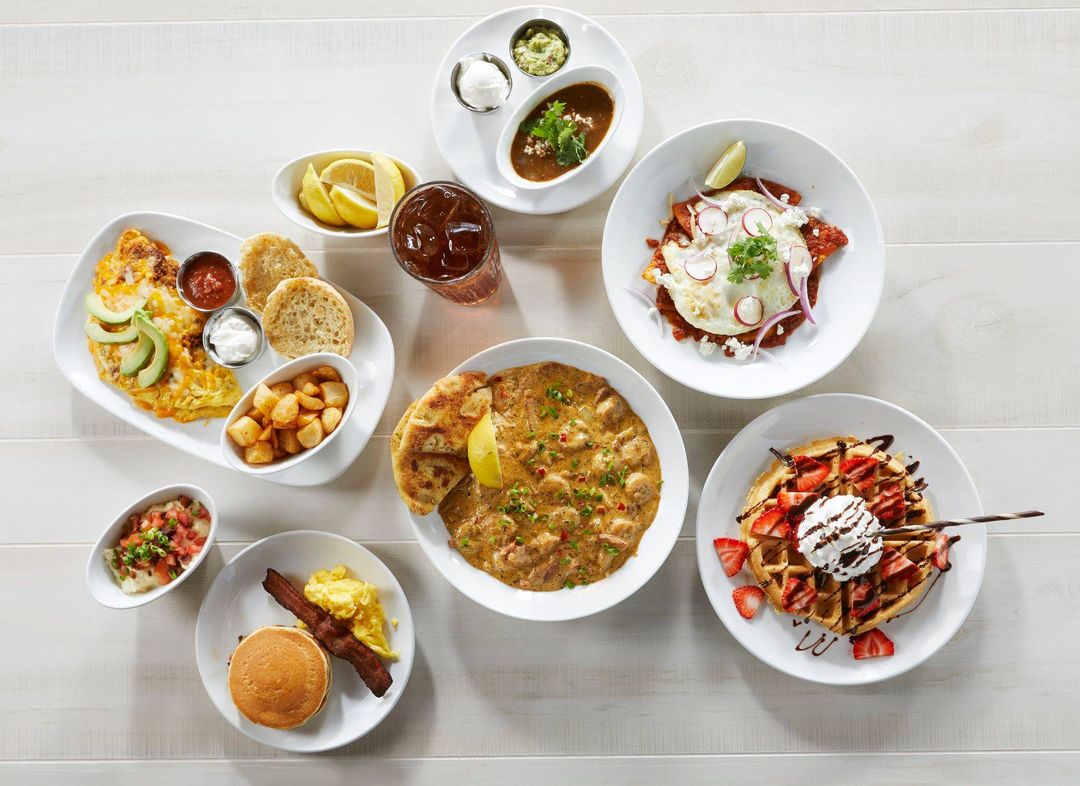 Although the chain is mostly franchised — and 10 of the 16 units slated to open next year will be by franchisees — 34 locations are company-owned, which Macaluso said is a big advantage.

“It really helps us have a good perspective of the realities of running the business, not only how much it costs and what it takes to open a new store, but also just running it from a day-to-day standpoint, such as food-cost pressures,” he said. “We’re actively solving those problems for ourselves, which in turn also helps with the profitability of franchisees.”

He said it also gives them credibility with those franchisees.

Another Broken Egg is mostly located in suburbs and beach resort areas, but it does well in city centers, too. Macaluso said one of the highest-volume restaurants is in downtown Nashville, and another successful operation is in Buckhead in Atlanta.

The chain is predominantly in the Southeast, and Florida is its largest market. It entered Virginia and Arizona this year, and next year it will open its first Maryland location, while also filling in locations in states where it already is. New markets there include El Paso, Texas, and The Villages, a retirement community in Florida.

Since arriving at Another Broken Egg, Macaluso has worked hard to establish leadership development programs, giving employees clear paths to advance their careers, and last year the company launched its first 401k program, complete with matching funds, open to anyone over the age of 21. People who work more than 30 hours per week get medical and dental benefits once they have been employed for a year.

“We’re small, but we’re at a place now where we can start to add those elements to help build a great culture and a place that people really want to stay long-term,” he said.

Vote for Another Broken Egg in the NRN Showdown by leaving a comment on Instagram or LinkedIn.