Bo Peabody, former CEO of Union Square Hospitality Group and founder of the app Seated, is predicting a drop in high-end restaurants. High-end dining has not only fallen out of favor among consumers, but also, emerging restaurateurs aren’t as invested in that category as they are more casual concepts.

Many restaurants are changing their formatting from table service to counter service — or to a tech-powered hybrid model — according to both Peabody and Nextbite cofounder Paul Allen. The shift allows for more kitchen and less front-of-house space, along with fewer wait staff, thereby allowing for fewer workers per shift and more room in the back to prep to-go and virtual orders.

The boom in off-premises business has increased the need for better to-go packaging. The National Restaurant Association predicts that restaurants are looking to maintain the quality, look and temperature of the food as they attempt to re-create the dining experience at-home with new packaging.

Increase in digital channels
Carlo A / The Image Bank

Allen also predicts that there will be an increase in the already booming digital channels for virtual brands and off-premises delivery. Like the shrinking front-of-house space, this is paving the way for more virtual brands operating out of the same kitchen and a higher off-premises business.

There is no one app to reach a specific customer base anymore, Allen said. Snapchat, Facebook, Instagram and TikTok are all important when marketing any brand, but the differences among each audience are not as clear as they used to be. And as customers of all ages use social media and apps to order food, restaurants will increasingly need to invest in a presence on all platforms where there are potential guests.

With the introduction of more kitchen space and the rise of the digital marketplace comes the potential for multiple cuisines served in one order, Allen said. That could lead to restaurants diversifying their menus to serve multiple cravings — and it could allow operators to get more adventurous with their R&D, offering, for example, global foods in a more meat-and-potatoes part of the country.

Robots won’t just be in the back of house; they’re also going to take to the streets, Allen predicted. With cities around the country beginning to use driverless cars for public transit, expect to see more restaurants and delivery companies using autonomous vehicles or robots for deliveries without the labor cost.

Smaller eating spaces that are designed with style

As restaurants dive into the off-premises mindset, they must compete with more orders. Senior digital editor Holly Petre predicts this means that kitchens are getting bigger while eating areas are getting smaller. But the smaller spaces will be decorated to the nines with Instagrammable moments and ways for brands to get social media attention with very little effort, making the most use of the smaller space.

There’s no playing it safe anymore. Like the design of the restaurant, Petre predicts that consumers want food that excites them. Think of Velvet Taco’s WTF weekly taco feature that uses all sorts of strange ingredients to make a taco. It’s perfect for social media and it makes consumers want to try the “next best thing.” At the end of the day, making consumers want what you’re cooking because it’s pretty to look at or has some weird ingredient (like alligator) will attract guests. 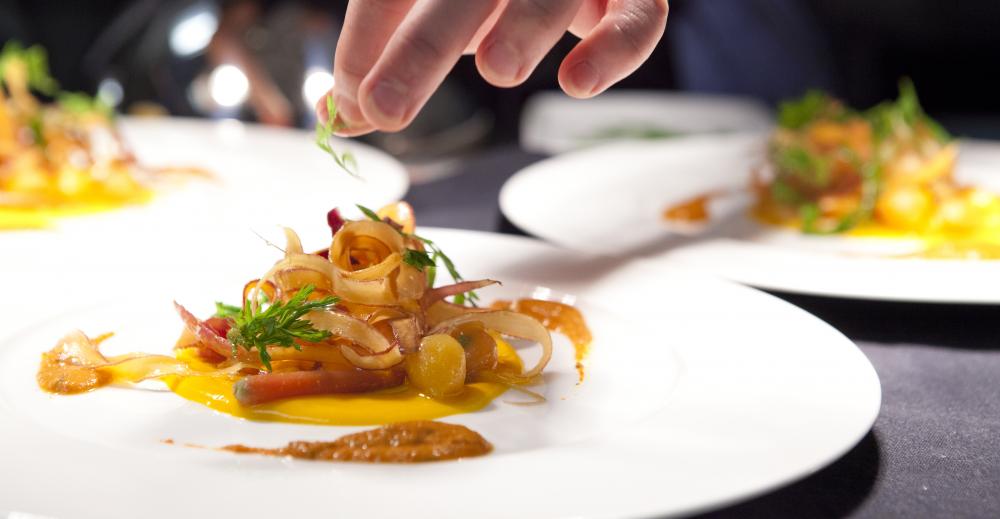