Concept: Different flavors of flatbread dough are pressed and cooked to order on a hot iron dome — he has dubbed it the IronWolf — and filled with various options borrowing from cultures from around the world.

The Dire Wolf, a top seller, has fried chicken wrapped in a ginger dough with lamb bacon, melted cheddar, green papaya slaw, pickled shipka peppers and the proprietary Wolf Ketchup. The vegan Mowgli has grilled cauliflower wrapped in fennel seed dough with spicy pickled pineapple, shallot, BBQ potato chips and sage aioli. The average check is about $11, and sandwiches can also be made into a bowl, and the menu includes sides and milkshakes.

When New York City-based Fields Good Chicken founder and CEO Fields Failing opened his first location in 2014, much of the “good for you” lunch landscape in Manhattan was devoted to salads. For Failing, he wanted to introduce an option for the office lunch crowd that was just as healthy but hearty and filling too.

Now, more than six years later, the fast-casual Fields Good Chicken has six units — with room to grow — and focuses on two differentiators: their signature, humanely-raised, oven-roasted chicken and commitment to sustainability.

Currently they use 100% eco-friendly, recyclable or compostable packaging, and run on 100% wind power. Of course, being a New York City brand, they can’t easily stick a wind turbine on the roof, so instead they purchase renewable energy credits to offset the electrical power they use.

A zero-waste menu item is also coming soon as soon as Failing and his team finish perfecting it. Although he would not give details yet, Failing said that the food item will be aimed at reducing their food waste. They’re also looking to create a line of pre-marinated chicken for grocery stores coming to market later this year.

Concept: With a straightforward prix fixe entrée menu of steak and frites for $26, five desserts and tailored wine and cocktails, Medium Rare brings a French brasserie staple on American shores.

The atmosphere takes a petit swipe at French brasseries, with French instruction tapes in the bathroom with such lines as “Do you want to see my hot tub?” and “I can’t take my eyes off of you.”

Concept: Hilltop, which Yonnie Hagos founded in 2018 with his partner, Ajay Relan, is known for its relaxed, airy décor as well as its comfort-food menu of breakfast and lunch items, most priced in the $9-$15 range. Bowls include the Soul Bowl, with a poached egg, cream grits, collard greens and corn, as well as health-focused options such as the Super Food bowl, with quinoa and assorted veggies.

Actress, writer and entrepreneur Issa Rae has also been an equity partner in Hilltop Coffee + Kitchen since 2019.

Concept: A fast-casual concept with two locations, both in Denver. Since 2008, founders Ben Jacobs and Matt Chandra, both members of the Osage Nation, have been highlighting the foods of native people by offering it to their customers in a format they know well: The customizable bowl.

As COVID hit and traffic plunged, Jacobs and Chandra started thinking of new ways to reach their customers, and they’re about to launch Tocabe Express, offering dry goods such as pinto beans, different types of wild rice, tepary beans and cornmeal from the suppliers they already work with, as well as Tocabe’s own products, such as bison dry rub, ground bison by the pound and wet-aged bison steaks. 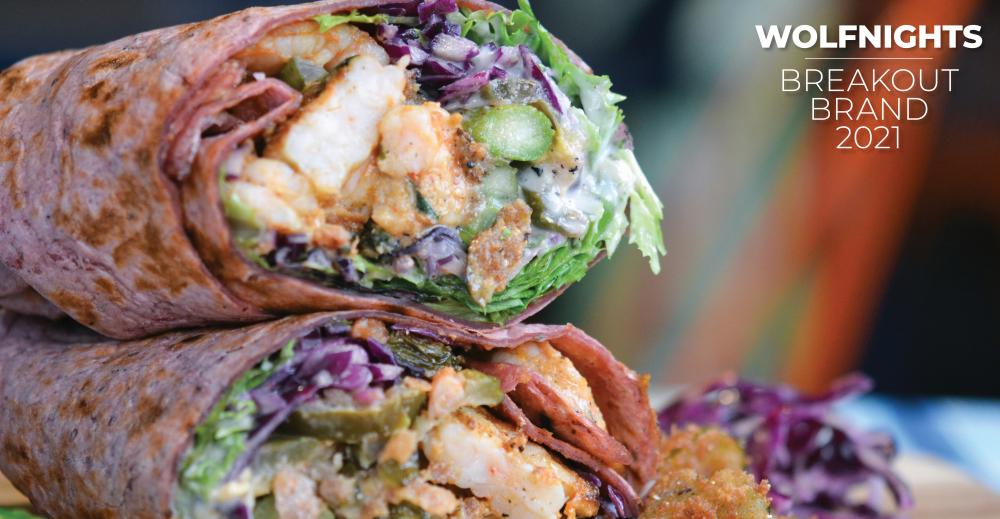 Next Up
Tocabe, an American Indian Eatery, to become a national retail brand
Start Slideshow ›