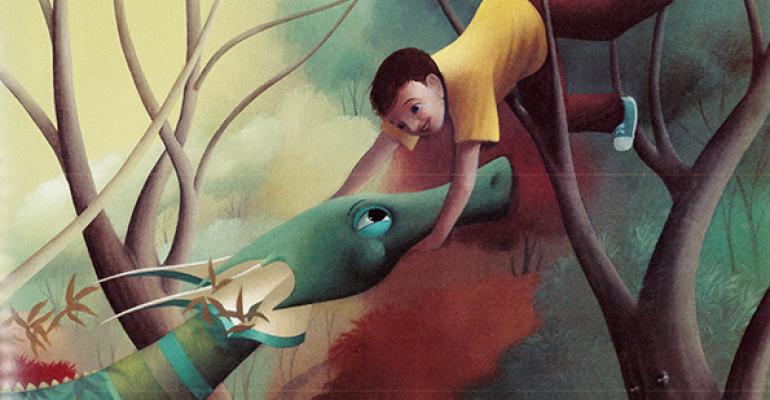 Steve Schussler recently attended a Peter, Paul and Mary concert, and looked at the ages of the people in the audience. They ranged widely, from toddlers to the elderly.

This was a good sign, because Schussler, who created The Rainforest Cafe, T-Rex and several other restaurant concepts, had just inked a deal with Peter Yarrow, of the music group, and songwriter Lenny Lipton for the restaurant and retail licensing rights to the group’s best-known song, Puff the Magic Dragon. The deal will let Schussler open Puff-themed restaurants with retail sections around the world.

Schussler, who finalized the deal last week, aims to open the first location next year, likely in Orlando, Fla. He envisions a worldwide chain of Puff-themed, family-oriented restaurants that serve multiple generations of customers.

“It’s an exciting opportunity to do this,” Schussler said. “I think it’s going to be a home run.”

Schussler has been negotiating with Yarrow and Lipton for well over two years, and has pondered the idea of a dragon-themed restaurant for much longer.

“It was really, really, really hard,” Schussler said. “These are not rights they ever gave up. They have dealt with dozens and dozens of people over the years.”

Lipton and Yarrow co-wrote the song in 1959, and Peter, Paul and Mary recorded it in 1963. The song has since become a beloved classic. Yarrow and Lipton also wrote a bestselling children’s book.

“Children today know every syllable of the song,” Schussler said.

In a statement, Lipton said he and Yarrow have been approached numerous times over the years to license the rights to Puff.

“Steven Schussler is someone who we are sure will uphold and honor the tradition of ‘Puff,’” Lipton said.

“We have been in discussions with Steven Schussler for the past two years and felt that Schussler’s special creativity, coupled with his impressive track record of creating wonderful restaurants that capture the imaginations of children and families with his magical concepts, were a perfect match,” Yarrow said.

Schussler’s immediate plans are to find a location for the restaurant, as well as an operating partner who will run the restaurant’s daily operations. He also plans to work with celebrity chefs on the menu.

“We want some outstanding items that would stand out on the menu,” he said.

Schussler is targeting current restaurant trends, including the use of all-natural ingredients and farm-to-table products. He said he would also like to get a LEED certification, ensuring the restaurant saves on energy.

The restaurant will be a tourist destination with lots of friendly dragons, and Schussler wants to bring in new technology for animatronic dragons and holograms of characters.

Schussler could work with Lipton, who invented the modern 3D projection system used in movie theaters, and who has written four books on motion picture technology.

The restaurant, like other Schussler creations, will have a large retail area, which will sell dragon-themed merchandise.

Many of Schussler’s ideas have yet to be fully formulated. And he acknowledged that his one-year timeline might be aggressive.

“This will be the fastest I’ve ever opened a restaurant,” Schussler said. “It might be a year when we get open. But most of my fellow teammates think it’s going to be two. They think I have wishful thinking.”

Yarrow and Lipton get to make sure that what Schussler creates is acceptable.

“Doing a license deal is not a hard thing,” Schussler said. “You just need to protect the intellectual property of somebody else.” But he noted that the two want Schussler to handle the restaurant side.

“It’s not going to be small,” Schussler said. “But we’re going to do one first and make sure it’s a success before we jump ahead and do a large chain. But the goal would be to open many of these.”