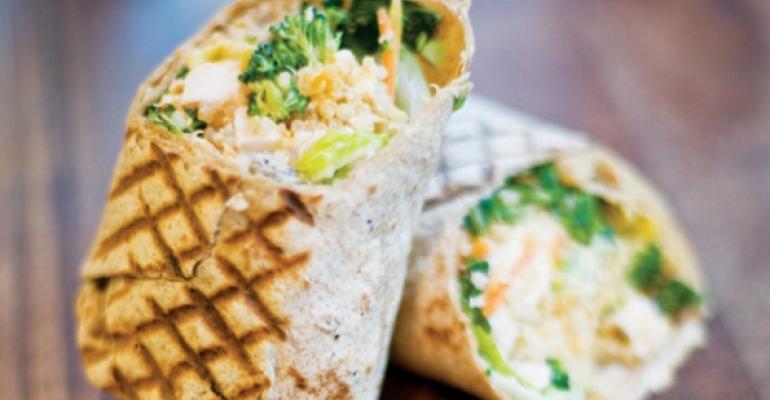 Protein Bar to expand to Denver

Protein Bar, a 12-unit Chicago-based fast-casual chain, will expand to the Denver market, with three restaurants to open there in the first quarter of 2014, founder and chief executive Matt Matros said.

Protein Bar, which expanded from Chicago to Washington, D.C., last summer, had been looking for a third market for a while, and had wanted to move west, Matros said. The chain decided on Denver about six months ago.

“We looked at San Francisco, Los Angeles and Seattle,” he said while wrapping up a market tour from Denver. “We knew we wanted to come west, and Denver made the most sense with its demographics, level of education and business-friendly environment. We think it could hold 15 to 20 locations.”

The brand, which is entirely company-operated, will open a location in Boulder, Colo., at the Twenty Ninth Street mall, as well as units in Denver at Union Station and on Colorado Boulevard.

The past few years, Matros had reconfigured Protein Bar’s original growth plans from a “10-10-10” plan of 10 locations in 10 major cities within 10 years to the chain’s current growth trajectory of fewer markets supporting more restaurants.

“We’ll go deeper in each market, and we’re currently exploring what the fourth, fifth and sixth markets would be,” he said. “Wherever they are, we’ll be aggressive.”

He envisions Protein Bar executing an inside-out growth strategy that starts with urban locations but eventually could build out to affluent suburbs or college towns, as was the case in Chicago. There are eight locations of Protein Bar in downtown Chicago, and the brand recently opened in Oak Brook, Ill., with another location planned for Schaumburg, Ill.

Matros said Boulder excited him particularly for the crowd of college kids from the University of Colorado nearby, and he added that he hopes to open a Protein Bar near Chicago’s northern suburb Evanston, Ill., where Northwestern University is located.

As for markets beyond Denver, the chain would still look in higher-cost West Coast markets, but also would look to do something in Texas or the Southeast, where business conditions likely would be more favorable.

“When you look at California, there are very difficult labor practices there, but Denver provided a mitigated risk from that perspective,” Matros said. “The state’s a little more business-friendly and the real estate’s a little cheaper. … But Denver’s a healthy city, and I think the [Centers for Disease Control and Prevention] just called Colorado the ‘healthiest state in the Union.’ We’re absolutely pumped to be here.”