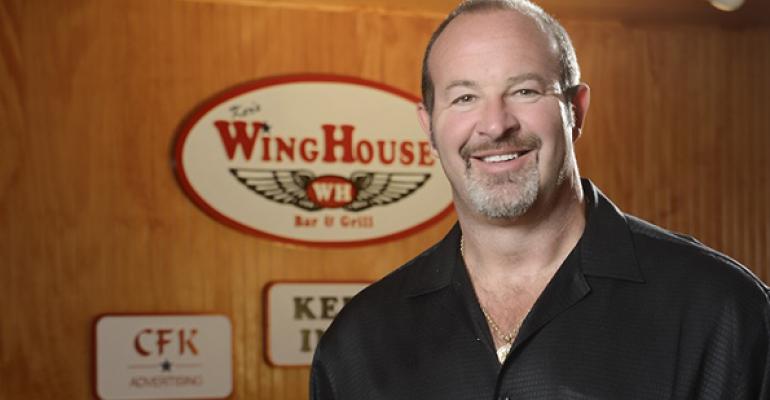 When Crawford Ker discusses his decision to sell his 24-unit Ker’s WingHouse chain to Tampa, Fla.-based private-equity firm Third Lake Capital, he speaks about finding the right teammates who would let him remain the hands-on chief executive, befitting the six seasons he spent as an offensive lineman in the National Football League.

Third Lake acquired Largo, Fla.-based Ker’s WingHouse in early July for an undisclosed amount. Now the former Dallas Cowboy is looking to leverage Third Lake’s investment to open a new path for growth for WingHouse in a segment that is getting more competitive every year.

“Now we have the equity to grow and have some people we can lateral to with lots of connections in different markets,” he said. “We know a lot of equity is coming into the industry, especially in my segment, and I see franchising for us on the horizon as well. They’re going to do calculated growth and pick the right locations and build from our good foundation.”

Since opening the first WingHouse in 1994, Ker has steadily grown the company into a business that approaches nearly $60 million in systemwide sales. The chain is known for its signature “naked wing” and for successfully defending itself against Hooters in a lawsuit that alleged WingHouse’s use of attractive female servers infringed upon Hooters’ trademarks.

Ker recently spoke with Nation’s Restaurant News about how WingHouse plans to differentiate itself further and grow in a chicken wing segment it had a hand in shaping.

Why was now the time to sell your brand, and why did you decide to go the private-equity route?

I thought it was the best time for me. The succession plan wasn’t quite there, because my kids are pretty young and can’t step in right away. So this became the right opportunity to bring in equity partners and for them to take it to another level. I’m also staying on as CEO.

The two things you need to grow are equity and personnel. Now we have the right equity and need to get the right people in the right spots to grow WingHouse. Third Lake had been looking at us the past few years and did a lot of due diligence. I’m really proud of what we’ve done.

Which markets are you targeting for expansion with your new growth capital?

We have 24 locations in Florida, so we could double our size just in Florida and most likely franchise outside the state with development rights, targeting the Southeast. From our area, our 24 units are the hub in Tampa and Orlando, and the next big market for us would be South Florida, which is just a monster market.

It all depends on the right partnerships. If you can find the right franchisee that knows the market, then that’s great. We had a difficult time in trying to franchise because we didn’t have those partnerships, with me coming from a football background.

There is competition for a concept like yours within the wing segment and without, and from limited service to casual dining. How will Ker’s differentiate to grow amid all those competitors?

It’s not so much about always being different. Sometimes the road map is the same, but it’s about who executes better who wins. Just look at Walmart versus Kmart: one executed a lot better. So we’re worried just about doing WingHouse as best we can. There are franchise companies that might be growing quickly, but then they’re closing quickly too. Sometimes competitors shoot themselves in the foot with bad partners, but we’re in a position with no debt to grow fast. We’re into consistency and having good growth with good per-unit sales.

We’ve won numerous awards in the wing category, and my background is that I’m an ex-NFL player. Football is the all-American pastime, which is why Buffalo Wild Wings spends a lot on advertising in football.

Our naked wings are different. They have no skin and are baked and marinated, so it’s a healthier product. We came up with that back in 1994. We were also one of the first to do lunch specials and show UFC fights, and now a lot of folks copy that. Sometimes you wish you hadn’t been sued by Hooters [for trade dress infringement] and won, because then it opened the floodgates for some imitators like Twin Peaks or the Tilted Kilt.