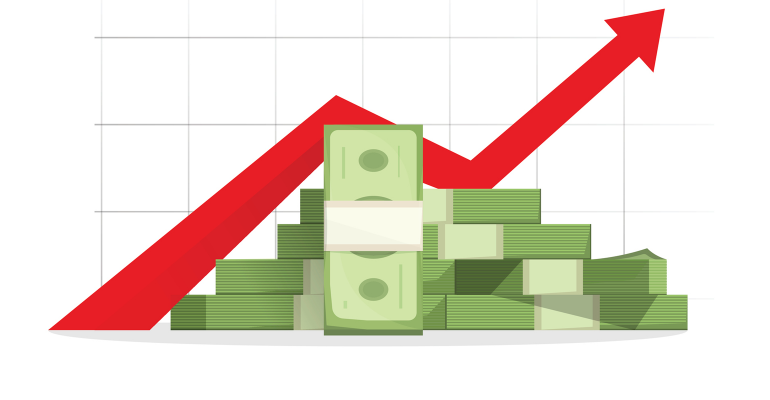 Despite weak sales and a challenged industry, investors pumped money into small concepts

At the time, Sliderz had just one location.

The investment, probably more than any other, explains the restaurant deal environment in 2016: Investors continued pumping money into upstart restaurant chains. These investors were unfazed by the industry’s weak sales, rising rent prices and concerns about oversupply.

There were at least 19 major investments in small chains with 20 or fewer units in 2016, based on a Nation’s Restaurant News census of early stage investments in restaurant chains.

That’s the most in any single year since the recession, and continues a massive gold rush of investment capital into upstart restaurant chains unseen perhaps in industry history. Bankers and investors say the restaurant industry has never captured so much investment attention as it is right now.

“The industry has been more stable than it used to be, and that is getting recognized,” said Greg Dollarhyde, who has made numerous restaurant investments over the years, including Veggie Grill and Zoe’s Kitchen. Last year, his Dollarhyde Investment Group invested in the fast-casual chicken concept Starbird.

“Because the industry used to be seen as more cyclical and risky, it received lower valuations, similar to cars. Not the case today, when investors need growth that is easy to understand.”

Our list is based on public announcements and information from private sources. It does not include additional rounds of investment. Nor does it include debt-financing deals, and likely undercounts venture capital deals and private investments.

Yet it demonstrates the growing interest in the restaurant business by investors, particularly in the fast casual sector. Two thirds of the deals over the past five years involved concepts we’d label fast casual. There were still a healthy number of investments in casual dining chains, however, proving that investors will put money into ideas they consider to be strong.

Restaurants are relatively safe from the Internet encroachment that has hurt businesses like retailers — making the industry a safer haven for consumer-oriented investors. And consumers will always eat at restaurants. Most of the deals in recent years have come from private-equity firms, who have gone “down market,” as some put it, meaning they invest in smaller chains at an earlier stage, hoping to strike gold.

Much of that is brought on by higher prices for larger, more established chains. Because prices for those concepts have increased in recent years, private-equity firms have been more likely to look at smaller concepts in their bid to generate returns.

“As you look at the investment horizon for traditional private equity, they’re having to go down market to put their money to work,” said Jason Morgan, a managing partner for the private equity firm Hargett Hunter Capital Partners. Hargett did two deals in 2016, for Ruggles Green and Original ChopShop. “They’re having to look at smaller deals.”

Yet the business has also attracted other investors, including venture capital, something almost unheard of before the recession. While venture capital remains relatively rare, there were a handful of such deals in 2016 — including the Sliderz investment.

“It’s hard to find growth companies,” Dollarhyde said. “High tech is risky and hard to call, and when it gets past a tipping point, the big money already controls it, and you only get in if you are in the club. In restaurants, the tipping point can be in a city or small region and the growth bet is taking it to new” markets.

Dollarhyde said that an investor can find a restaurant with, say, $4 million earnings before interest, taxes, depreciation and amortization, or EBITDA, and help it grow up to $10 million, with little debt. The investor can then flip that restaurant, and move onto another investment.

In addition, investors find some safety in a concept’s unit level economics, which many believe could be replicated with future locations. Yet others say they can’t always be replicated — especially when the early locations are in high population areas like New York and San Francisco. Still, the industry has had its share of major investment victories in recent years. There was the 2015 initial-public offering of Shake Shack Inc., just three years after it received an investment from Leonard Green & Partners. Brentwood & Associates invested in Zoe’s Kitchen Inc. in 2007, when it had 20 locations. By 2014 it was valued at $276 million after its offering.

Another element in the investment landscape is a sense that the industry is evolving. The entrance of fast-casual chains that offer upgraded food in a quick-service atmosphere is perceived to be a major industry disruptor. Technology is also playing a role — many of the upstart chains receiving investment are more technologically savvy than their more established counterparts.

“Where there is change, there is opportunity,” said Jeff Cleveland, who leads the food and beverage and agricultural practice at the financial services firm D.A. Davidson.

Yet the flood of money has created a feeding frenzy of sorts, with investors targeting restaurants almost from the moment they first open their doors. Several entrepreneurs we’ve spoken to in recent years said they’ve received their first investment inquiries with just one location.

“We would have invested when he had one unit,” Dan Rowe, CEO of Fransmart and cofounder of Kitchen Fund, said of Hummus & Pita Co. — which held off Rowe’s investment offers until this year, after it had opened four locations. Seasoned restaurant entrepreneurs are taking advantage of the environment, and they’re starting concepts from the ground up with the express purpose of quick expansion. Sliderz, for instance, plans to expand quickly in mall spaces.

“The operators of some of these businesses have gotten pretty smart,” Moran said. “They’ve figured out how to play the game. They hire one of three different banks, and the banks create a fever for the business and attract sizable dollars.”

The problem, however, is that many of these concepts are all targeted the same types of spaces — inline, leased locations in strip centers and other retail developments. That’s increasing the lease costs for such locations.

In addition, there is plenty of evidence to suggest the restaurant industry is saturated, which is making the environment more competitive. Fast-casual concepts are driving unit growth — fast casual units increased by 7 percent in 2016, according to market research firm NPD.

“There are a lot of new, inexperienced restaurant investors looking at the industry that have in some cases pushed valuations high,” Rockwell said. “Growing a restaurant chain is extremely difficult. I wouldn’t be surprised if there were a lot of notable, disappointed investors.”

Correction, April 28, 2017: A previous version of this article did not have the correct details on two company names.