Velvet Taco nestles globally-inspired ingredients in tortillas served in a fast-casual setting — and customers and investors are eating it up.

Front Burner Restaurants LP created Velvet Taco five years ago in Dallas. It has since expanded to four units in Dallas, Chicago, Houston and Fort Worth, Texas. Private-equity firm L Catterton has made a “significant strategic growth investment” in the brand.

“Velvet Taco is all about ‘the art of the possible’ in a taco,” said Front Burner CEO Randy DeWitt. “We had a hunch the foodies were in sufficient numbers that this idea would resonate with them as a quick, casual meal.”

“We didn’t build the second for two years,” DeWitt said. “The big idea was that tacos didn’t have to be inspired by Mexican cuisine. We wanted to lift the taco and serve premium, fine-dining quality food in a taco form in a funky, industrial, super-casual, come-as-you-are atmosphere.”

Front Burner corporate chef John Franke and consultant Mark Brezinski created a menu of fusion tacos that has been supplanted with seasonal specials.

The average check is $10 to $11, and same-store sales are growing in the double digits each year, DeWitt said.

Currently without a CEO, Velvet Taco is now seeking a leader to guide it as it grows. 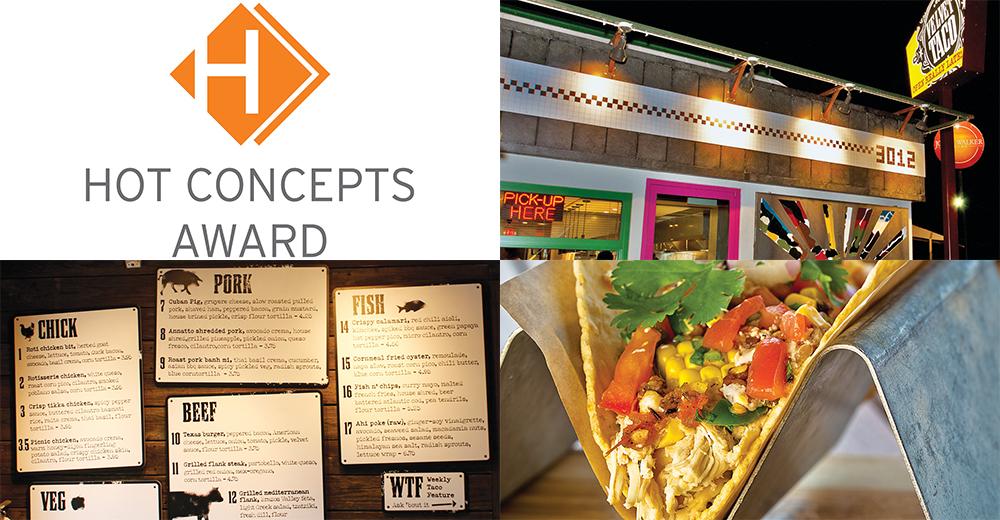