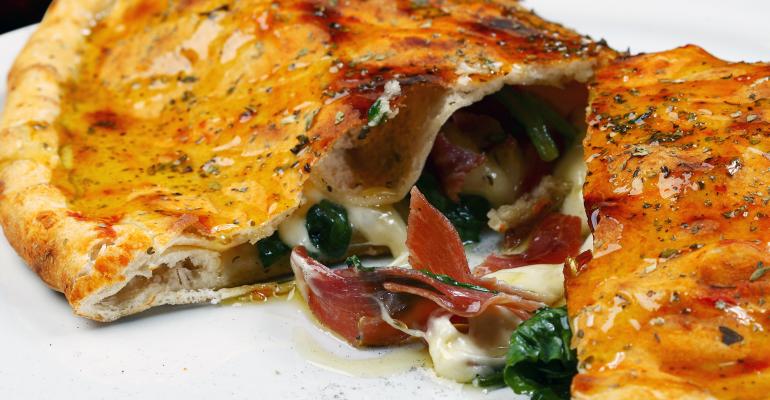 The college-campus-focused calzone franchise D.P. Dough has agreed to be acquired by the parent of Calios, a competing calzone chain, the company said Thursday.

Terms for the deal, which is effective July 1, were not disclosed. Under the agreement, the 13 Calios units will all be converted to D.P. Dough, which currently has 26 outlets.

Known on college campuses in particular for late-night delivery after bars close, D.P. Dough offers a range of calzones, from steak to veggie, as well as wings, loaded tater tots and bread “stix.”

Calios — which was originally called Zonies, and is the self-declared Calzone King — was founded by Eric Cook in 2013, a former employee of D.P. Dough. Cook is now CEO of the parent company Food Guys Inc.

Calios’ menu is similar, with the addition of dessert calzones and “dough chunx,” rather than bread sticks.

Matt Crumpton, CEO of Columbus, Ohio-based D.P. Dough Franchising LLC, in statement said, “After speaking with Eric, it became clear that, if D.P. Dough and Calios joined forces, the whole would be greater than the sum of its parts. This is a time of great opportunity for the D.P. Dough brand. I look forward to supporting Eric and continuing to support all D.P. Dough franchisees in the future.”

Crumpton, an attorney who engineered the purchase of D.P. Dough from its founder Dan Haley in 2011, will join the new franchise management team as a consultant and general counsel. In addition, the marketing department, which Crumpton heads, will be retained as an outside marketing firm.