Emily Hyland and executive chef Matthew Hyland opened the first Emmy Squared in Brooklyn in 2016 with a focus on creative Detroit-style pizza. At first, they had to introduce many of their customers to the type of pizza.

Emmy Squared developed a cult following with dishes like The Emmy, a ranch-based pie topped with banana peppers and red onion.

Each restaurant has a local vibe and makes reference to the neighborhood in menu and decor. The Philadelphia location, for example, has a chopped cheese sandwich, Emmy's take on a Philly Cheese Steak.

The brand plans to grow by embracing its neighborhood status, meaning it will look to grow in different neighborhoods in the cities where it already operates, including New York, Philadelphia, Nashville and Washington, D.C. 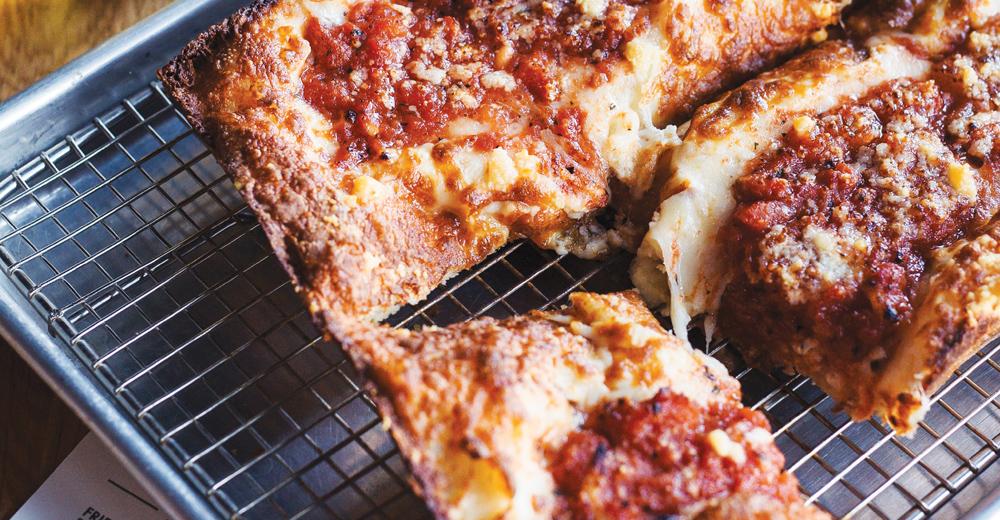