/sites/all/themes/penton_subtheme_nrn/images/logos/footer.png
Recent
Recent
Panera experiments with robots
Dec 02, 2022
The Recipe of Success: What you can learn from James Corden
Dec 02, 2022
Quiznos parent company appoints Vanessa Fox as company’s first chief development officer
Dec 02, 2022
The third-largest pizza chain is ready for a war
Dec 02, 2022
DoorDash’s layoffs are not a time to panic: they’re a time to rethink the delivery industry
Dec 01, 2022
Featured
How 21 restaurant companies performed in their most recent quarters
Nov 22, 2022
How eco-friendly Seattle restaurant chain Just Poke is doubling in size in 2022
Nov 17, 2022
In the Mix this week: White Castle’s culture, a CREATE recap, Denver’s restaurant scene and more
Oct 27, 2022
How this emerging brand is planning on nearly quadrupling in size in just one year
Oct 21, 2022
Breakout Brands
brought to you by
News>Emerging Chains 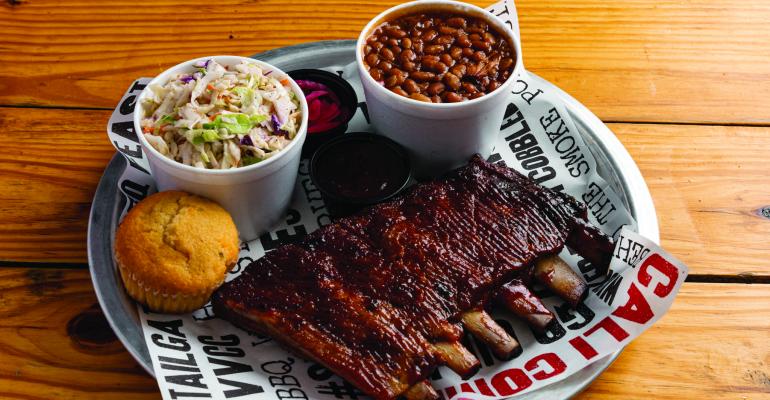 Shawn Walchef’s goal is to build “the Amazon Prime of barbecue and media” in San Diego.

The founder of the restaurant Cali BBQ is creating a viral empire that depends as much on slow-smoked brisket as it does a prodigious stream of podcasts, TikTok videos, LinkedIn posts and blogs about the restaurant industry — or really any business. Walchef believes telling a good digital brand story is fundamental marketing, and he hopes to give entrepreneurs the tools — and the courage — to tell their own stories.

Walchef’s own story is a fine case study for adapting to a new consumer.

The 5,700-square-foot full-service restaurant he first opened in 2008 once seated about 275 guests. During the pandemic, he cut dine-in down to about 100 seats, streamlined the menu to focus on core meats and sides and converted a back patio to create a master smokehouse, adding three Ole Hickory Pit smokers to his existing two.

Walchef says he’s also in talks with local breweries across San Diego — a craft beer hot spot — to serve his barbecue at their venues.

“Our deep thesis in digital hospitality is ringing true: That as restaurant owners, we can no longer discriminate how people get our food. So we have to rethink how we distribute great barbecue,” said Walchef. “I think a lot of people are realizing that specialization is the way to go.”

“The goal is to add more meat to the smokers,” he said. “If I fill five smokers every day, then I’ll add another smoker.”

And with the great barbecue comes Walchef’s in-house media attention. 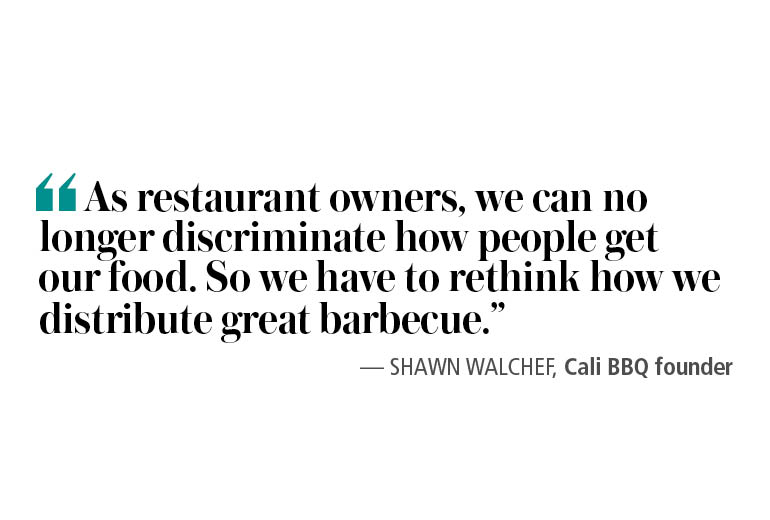 Cali BBQ’s Media division hosts two sponsored podcasts and is developing a streaming show, Walchef said. The media side generates revenue — not as much as Walchef would like, but it’s growing, he said. And he believes it will open doors for the Cali BBQ brand as it grows beyond San Diego.

Restaurant operators understand that hospitality is how you make someone feel, and that gives them a competitive advantage — if they know how to share that story online, he contends.

“But a lot of it’s the fear of ‘I don’t understand social media,’ or ‘I don’t understand TikTok — that’s a dancing app’ [or] ‘I don’t understand Instagram Reels.’ That’s just where all the attention is,” he said. “If you make content that’s business content, that is documenting about your business, and share your hospitality and your love of your community, it is inspirational and people will get so many business opportunities that they’ve never had on a standard restaurant P&L.”