HomeState’s signature breakfast tacos are made with a variety of fillings, including scrambled egg, beans, chorizo, brisket, potato and bacon.

The menu also features “anytime tacos” as well as guacamole, queso, Frito pie and a brisket sandwich on Texas toast.

Briana Valdez opened the first HomeState in late 2013 to bring the food and culture of her native Texas to Los Angeles. A second followed last year, and a third location in the city is set to open this month.

The breakfast tacos are named after Texas rivers, counties and street names. The Trinity, shown here, is filled with scrambled egg, cheddar cheese, potato and bacon. 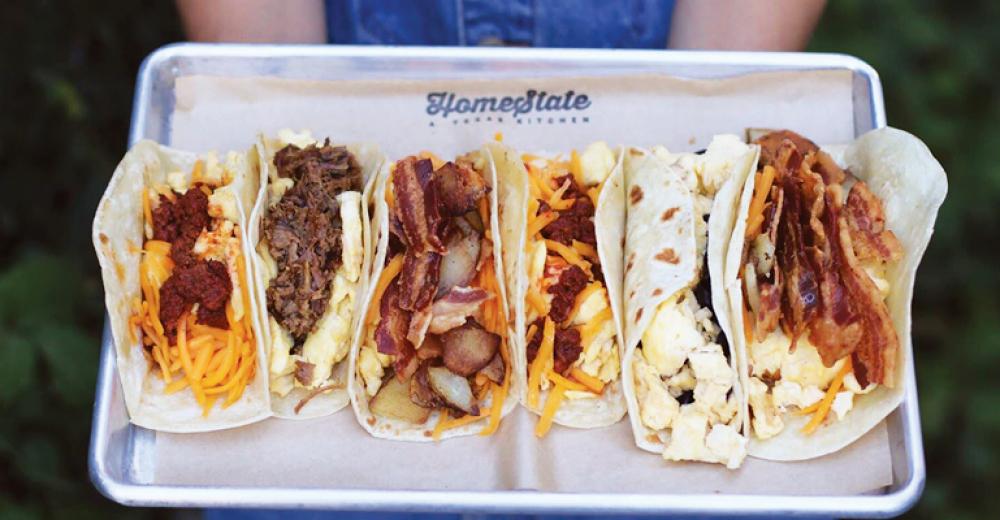