/sites/all/themes/penton_subtheme_nrn/images/logos/footer.png
Recent
Recent
How Robeks’ president is leveraging his dual role as franchisee to build business
May 26, 2022
Starbucks, restaurant operators pitch in after Uvalde, Texas, shootings
May 26, 2022
Trending this week: McDonald’s to debut chocolate-pretzel McFlurry
May 26, 2022
Solutions to supply-chain woes shared at the National Restaurant Show
May 25, 2022
Flavor of the Week: Korean Barbecue
May 25, 2022
Featured
Tech Tracker: Toast launches POS solution for quick-service restaurants
May 17, 2022
Memphis Seoul brings Korean BBQ and Southern cooking to Brooklyn
May 11, 2022
Executives on the move: 13 restaurant leaders with new positions in April
May 03, 2022
Juice it Up finds new energy during the pandemic
May 25, 2022
News>Emerging Chains 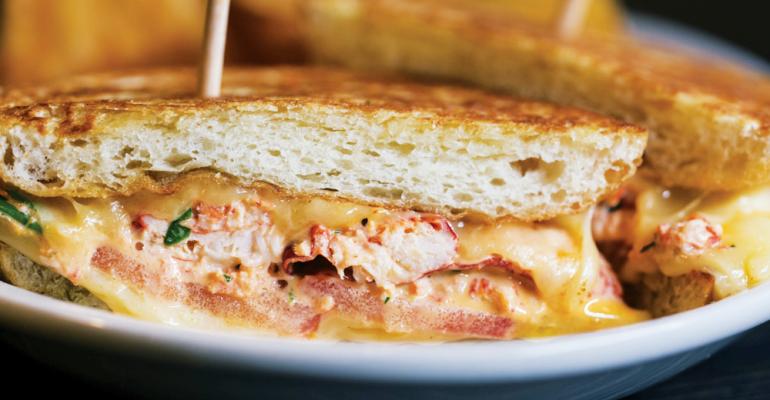 Start Slideshow ›
Unlike some sandwich chains, this fast-casual concepts focuses on the stuff between the bread

But East Hampton Sandwich Co. focuses on the stuff between the bread.

The concept outsources bread baking, saving on square footage and concentrating on the ingredients.

“We use the kitchen for what goes between the bread, instead of the bread itself,” said Hunter Pond, the founder of East Hampton Sandwich Co.

The strategy has paid off: When the first location opened in the Dallas area, in 2012, there was a line out the door.

“It hasn’t slowed down since,” Pond said.

The six-unit chain is poised to open two more restaurants. At press time, Pond was scouting locations in Houston, which would be East Hampton Sandwich Co.’s second market. Not bad progress for a law school dropout who founded the chain at 25 years old, with no restaurant experience.

He wanted to serve high-quality sandwiches akin to The Cheesecake Factory, but not in a full-service model.

So East Hampton Sandwich Co. developed a menu of items like a Balsamic Tenderloin sandwich and Lobster Grilled Cheese.

“I wanted to have that upscale, American-grill quality sandwich in a fast-casual atmosphere,” Pond said.

“I just watched a lunch rush where we did 300 to 400 sandwiches in a lunch rush. You don’t have the ability to do that in full service. But you can when you pair the product with quick service.”