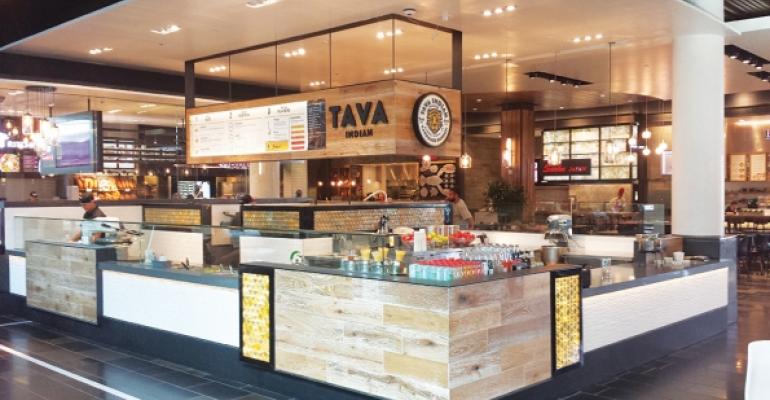 Vijay Brihmadesam, Jason Pate and Hasnain Zaidi were college friends at Duke University who worked together after graduation as business consultants when they decided to open a restaurant. The problem? None of them had restaurant experience.

“They went and got hourly jobs at Chipotle, working for three months at Chipotles around the Bay Area,” said Jeremy Morgan, CEO of Tava Kitchen, the restaurant brand the three friends started in 2011.

The friends’ culinary creation looks much like Chipotle Mexican Grill, Morgan said at the recent ICR Conference in Orlando, Fla.

Tava Kitchen offers wraps, rice and salad bowls, four proteins, house-made sauces and chutney. The wraps are called “Burrotis.” Everything is made to order.

“A lot of companies call themselves the Chipotle of some type of cuisine,” Morgan said. “But that’s truly what they sought to create.”

The founders opened three locations in the tough Bay Area market, and some of those locations weren’t exactly strong ones. And yet, Morgan said, “Customers love Tava.” It had $700,000 unit volumes on $225,000 build-out costs.

Now the chain is looking to expand, with plans to enter Denver.

The company removed Indian from its original name, Tava Indian Kitchen, noting that the cuisine is “Indian-inspired.”