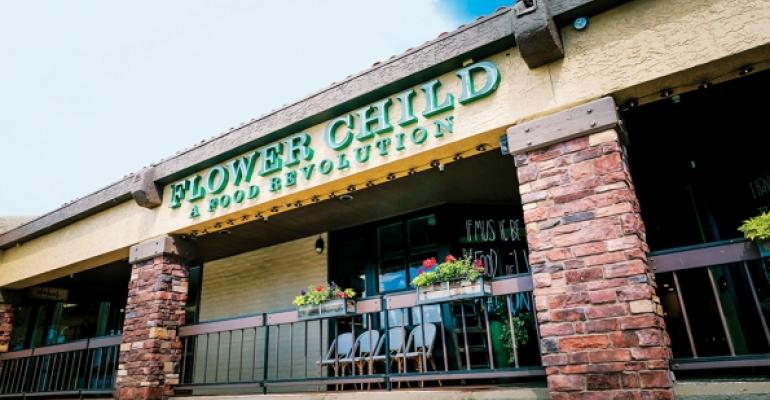 Flower Child, once a symbol of the 1960s counterculture movement, is striding boldly into the mainstream as a Phoenix, Ariz.-based fast-casual healthful restaurant.

“We wanted to build a really nice base so we could build the brand and keep the management teams close,” Fox said.

The first location opened in April 2014.

“Flower Child is really a full-service restaurant disguised as a fast-casual restaurant,” Fox said. “Our commitment in the kitchen is very high, we’re making all the soups in-house and breaking down all the proteins in the kitchen.”

To-go business has been “incredible,” Fox said, with takeout representing about 35 percent or more of sales.

Flower Child’s check average is between $12.75 and $13.50, depending on the location, Fox said. Best-selling items are the Flying Avocado, a chicken and avocado-hummus wrap, and a grain bowl with seasonal vegetables and kale. The menu change three to four times a year and emphasizes gluten-free or low-gluten items, organic produce and hormone-free proteins.