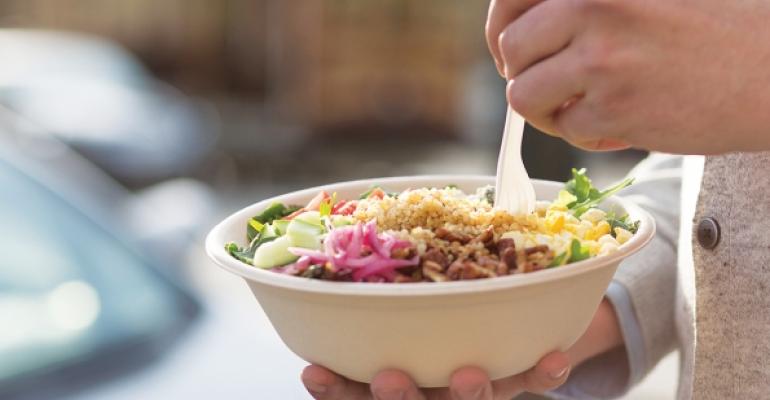 The automat was a coin-operated concept where customers inserted coins to access wax paper-wrapped meals in a glass case.

At Eatsa, consumers order quinoa bowls via iPad and pay via credit card. Food is made fresh in the back and is delivered to a glass case. The system learns customers’ preferences, which can speed service even further.

“In some respects, yes, we’re creating a new type of fast food,” Drummond told Nation’s Restaurant News last year. “But in a way we’re bringing the original promise of fast food. Where did it say that fast food had to kill you?”

The automation enables Eatsa to come in at a $6.95 price point while also making the system easier, quicker and more convenient. The system has enabled the company to handle 300 to 400 customers an hour during peak times, far more than the founders expected.

Eatsa, which has locations in San Francisco and Los Angeles, has big plans for expansion, hoping to roll out 10 stores this year.

Despite its automated service model and easy-to-use software, at the end of the day Eatsa is about the food.

“Consumers want healthier,” Drummond said. “They don’t want to compromise on price, speed or taste. If you think about these four principles, they’re all important to people. Technology just plays a role to make it possible.”