<p>Rock &amp; Brews aims to create the experience of relaxing backstage at a rock concert venue. Its founders include Gene Simmons and Paul Stanley of the rock band Kiss.</p>
News>Emerging Chains

Rock & Brews is a rock ’n’ roll themed restaurant backed by Gene Simmons and Paul Stanley from ’70s rock band, Kiss. Its CEO, Mike Reynolds, isn’t a rock rookie, having discovered the band Missing Persons and managed the ’80s band Night Ranger. But despite the rock royalty, the California-based chain is as serious about the food as it is about the music.

“The food is amazing,” Reynolds said. “Paul Stanley is very much a foodie. He’s very much into having a little different spin on American fare.”

That is what sets Rock & Brews apart from some of its predecessors that tried combining music or entertainment with a restaurant experience, Reynolds said.

“I think what was missing in the package with the Hard Rock [Cafes] and those types of restaurants is that they were much more set up to be tourist-type museums with merchandise sales,” Reynolds said. “Food was an afterthought.”

Still, Rock & Brews is set up to replicate the experience of going backstage at a rock concert, with 30-foot ceilings and a relaxing environment. “People come in, they relax a bit before they go on stage,” he said. “We’ve replicated that. You walk in and have an emotional connection to the restaurant.”

The chain targets the “everyman” looking for an environment with classic rock music that is still friendly for families — and dogs on the patios.

Rock & Brews got its start when Dave Furano, a rock concert promoter who worked with bands like the Rolling Stones and the Grateful Dead, got together with his brother, Dell — as well as Simmons and Stanley and restaurateur Michael Zislis — to develop a rock-themed concept. They opened the first location in El Segundo, Calif., and then another one at the Los Angeles airport.

Last year, the group hired Reynolds as CEO. After his Night Ranger days, Reynolds worked in the restaurant business with former Burger King owner Grand Metropolitan and later as the founder of the bagel chain Big City Bagels. 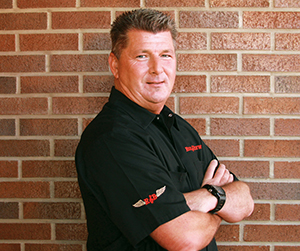 Reynolds said the economics of the restaurant are attractive. The first restaurant booked sales of $10 million a year. “Having been around the restaurant business a while, you don’t see basic stores opening up to $100,000 a week. ... There’s something here that’s unique and different,” he said.

Rock & Brews currently has nine locations and is shoring up for what Reynolds says will be a big 2015, with six to eight additional restaurant openings planned. The company is also targeting international markets, including Mexico, Australia, Canada and Japan.

Reynolds added that Simmons and Stanley are not silent partners.

“They are absolutely, 100 percent connected,” he said. “They come to every grand opening and are front and center. You can’t buy that kind of marketing.”