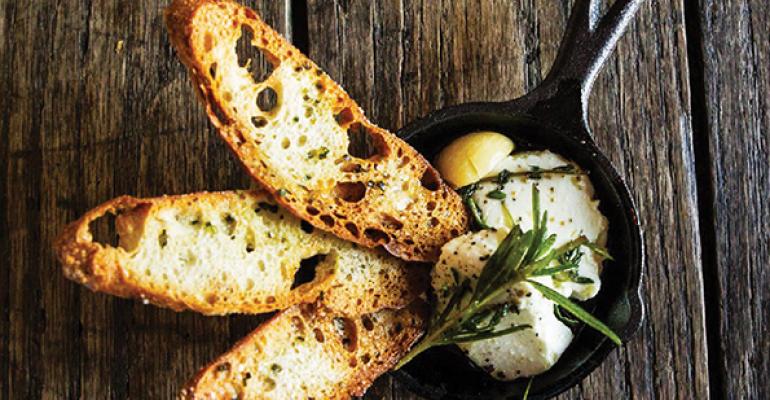 Punch Bowl Social offers plenty of  “old-school” entertainment, from bowling and ping pong to shuffleboard, darts and marbles. But for this Denver-based large-format eatery and entertainment concept, it’s not just about fun and games. First and foremost, it’s about culinary refinement and high-end beverages, with a scratch kitchen featuring gastro-diner fare along with craft cocktails and microbrews.

“It was a little bit like working from raw clay to create a concept that combined ideas that we’ve used before with the food and beverage integrity we’re known for,” said Thompson, who said quality and authenticity has been essential to differentiate from older, larger chains.

“Ninety percent of our revenue is food and beverage,” he explained. “We really are a restaurant and bar that also has great old-school games in a social environment.”

Current projected 2015 sales estimates range between $6.5 million and $8 million per location. Six new locations will open in the next 21 months, including two in Chicago, one in Cleveland, Ohio, and a second location in Denver.

“It has really resonated in different geographies, and urban versus quasi-urban settings,” Thompson said. “We believe we have a real opportunity to expand this thing nationwide.”

With a “dirty modern” aesthetic that combines industrial, Victorian and modern elements, as well as a bowling alley, shuffleboard, retro video games and private karaoke rooms, Thompson said Punch Bowl Social is a slam-dunk with Millennials. Those customers don’t want to choose between playful activities and seriously good eats, such as buffalo-jalapeño meat loaf and a build-your-own-burger box. 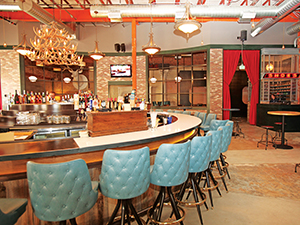 But Punch Bowl Social concept doesn’t attract just one group of consumers, according to Thompson.

“Our net is very wide — the diner concept itself is so approachable, it brings in diverse ages and economic backgrounds,” he said.

The brand’s beverage program boasts an herbal punch called “You must bring us ... a shrubbery” — a Monty Python reference — that features Moscato vodka, watermelon shrub, lemon juice, cardamom syrup, and a red wine float. It has proven popular in both single servings or in a punch bowl. Not surprisingly, the chain’s alcohol-spiked “adult” milkshakes have boomed as well.

Thompson said the goal is growth but the brand will not sacrifice its identity as an independent restaurant group.

“For us internally, one important measure of success is our ability to handle the waves of enthusiasm from a customer service standpoint during the first 30 days,” he said. “We found we get bombarded on the opening weeks due to our aggressive marketing campaigns — we love the robust response from the locals, but we need to be able to handle it.”