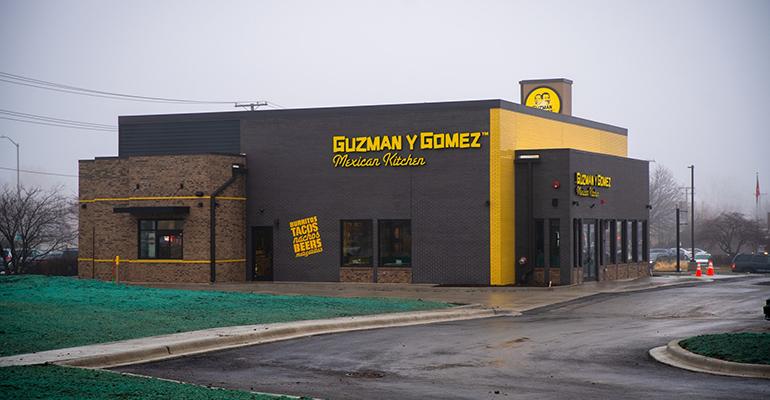 Mexican fast-casual concept Guzman Y Gomez is set to open its first U.S. location on Jan. 16, bringing the Australian chain’s total units to 135. This Chicago-area unit will bring the brand back to its founder’s home country.

Founded by former New York banker Steven Marks, who is now the global CEO, Guzman Y Gomez has found a niche in the international market and hopes to do the same in the U.S.

After realizing traditional Mexican food was hard to come by in Australia, Marks and co-founder Robert Hazan, executive director, decided to use the knowledge they had to “reintroduce an entire culture of food to [Australia]” Marks said in a phone interview with Nation’s Restaurant News.

Marks and Hazan are both from New York City, where authentic Mexican food is rampant.

“We did really well in Australia because our food is really good, but our people are exceptional,” said Marks.

According to Marks, each meal at Guzman Y Gomez is prepared in under four minutes in an assembly line like Chipotle’s and with the speed of a McDonald’s. They attribute part of their international success to the introduction of drive-thrus.

“We spent three years looking for the right spot but, in my mind, the real game-changers are these drive-thrus,” said Marks about the Naperville location. “I want to make sure the first store we open gives us a great cross section of what America is so that we can replicate that throughout America.”

The menu includes burritos, fries, nachos and tacos with meats like pulled pork, chicken and steak. Each order is fully customizable. Alcohol is available in the restaurant only, not at the drive-thru.

Only fresh, made-to-order ingredients are used, with some being flown in from Mexico. Marks said he’s thrilled at the shorter distance between Mexico and the U.S., as opposed to Australia, and the wealth of local produce available.

The chain committed to “clean” food in 2019 after a three-year transition. There are no additives in the preparation or cooking process and all meats are locally sourced for the newest location.

An average check is under $10 for larger portions, with checks running under $7 for smaller portions that Marks considers suitable for one person.

Using its own system developed by Marks, a former tech investor, the orders are made with custom stickers that are sent to the cooks in the open kitchen behind the registers. Marks said that they are expecting to upgrade Uber Eats to their sticker system within the next few weeks for faster delivery.

Utilizing his technology background, Marks worked to get Guzman Y Gomez burritos delivered by drones via Google Wing in Australia in 2019. It was the first commercial brand to join the tech giant in this delivery program.

“We intend on opening hundreds, if not thousands of GYG locations across the U.S. and, while this won't be our last, I want our very first in Naperville to be the one everyone knows about and visits,” said Marks in a company release.

The brand was founded in 2006. It has 135 restaurants internationally in countries including Australia, Singapore and Japan.