These are the individual attributes of this year’s Hot Concepts Award winners, who were recognized during this week’s MUFSO conference. Leaders from each emerging brand told industry executives why their concepts have resonated with consumers.

At Denver-based Punch Bowl Social, founder and CEO Robert Thompson said he took the “eatertainment” movement and flipped it on its head by paying more attention to delivering quality food and beverages than many competitors in the space.

“We believe we are the vanguard in this category,” Thompson said.

Authenticity is also key, he said.

Oftentimes, the venues are located in repurposed industrial or retail structures. The Stapleton, Co. location, for example, was built inside the city’s original airport tower. Inside, the design is an architectural mashup of mid-century modern, Victorian, and mountain lodge influences.

Besides Punch Bowl, the other Hot Concept winners included Beefsteak, Holler & Dash Biscuit House, Pokéworks and Breakfast Republic.  Here these diverse brands share how they are carving out their own niches and offer tips on connecting with fans: 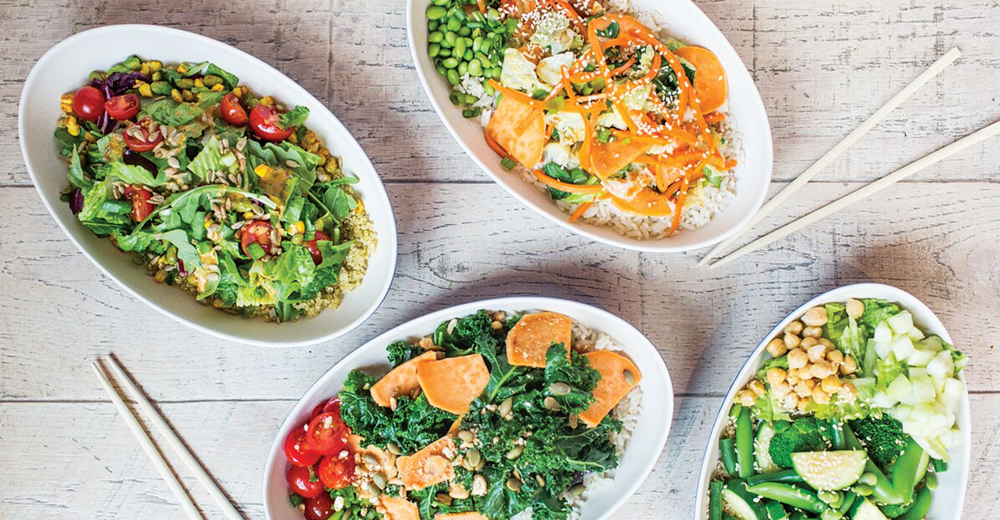 Vision: The fast-casual brand has a “dream leader to work with” in José Andrés, said COO Eric Martino. Andrés is the architect behind the three-year-old concept, which puts vegetables front and center on the plate. In his keynote speech during MUFSO, Andrés said vegetables should no longer be relegated to the sidelines.

That goal is reflected in the restaurants’ playful decor. “Naughty,” free-spirited vegetable characters — each with its own personality — can be seen throughout the restaurant, from the wallpaper to the foosball table.

Beefsteak blanches vegetables in salted water for a minute and 20 seconds, then serves them over grains or greens with a warm sauce and a choice of crunchy, flavorful topping such as corn nuts or sesame seeds. Burgers and soups are also available. The restaurant sends compost to a local urban farm, where Beefsteak sources some of its vegetables — creating a “full circle” supply chain that embraces sustainability.

Social media tip: Use Instagram to tell your brand stories, and not just about the food. “Also, tell the stories of your staff,” Martino said. 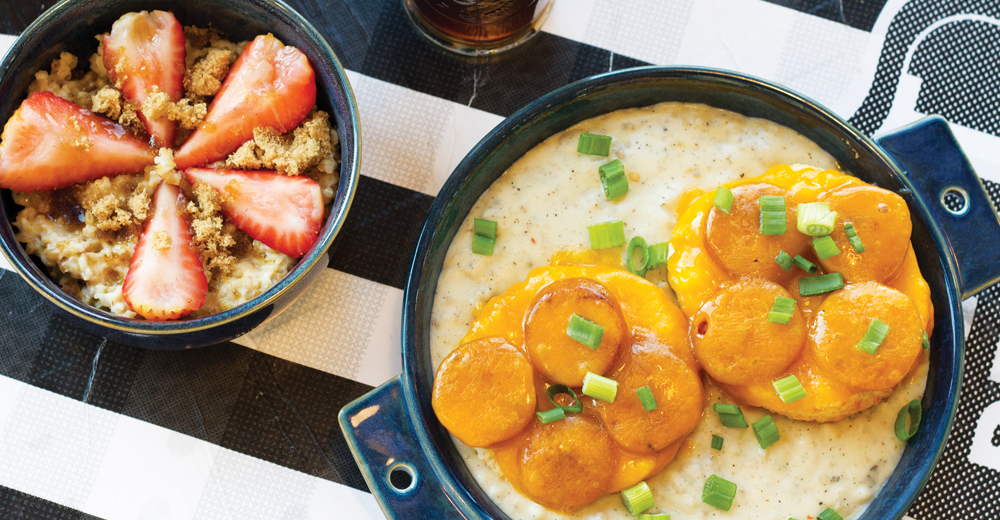 Vision: The fast-casual brand by the creators of Cracker Barrel Old Country Store offers a variety of wholesome Southern recipes where biscuits are the main attraction.

“Our brand is built around biscuit inspiration,” said COO Mike Chissler. “The biscuits are the hero.”

Like its sister-brand, Holler & Dash focuses on old-fashioned Southern hospitality.

“We hire great people that fit the brand,” Chissler said. 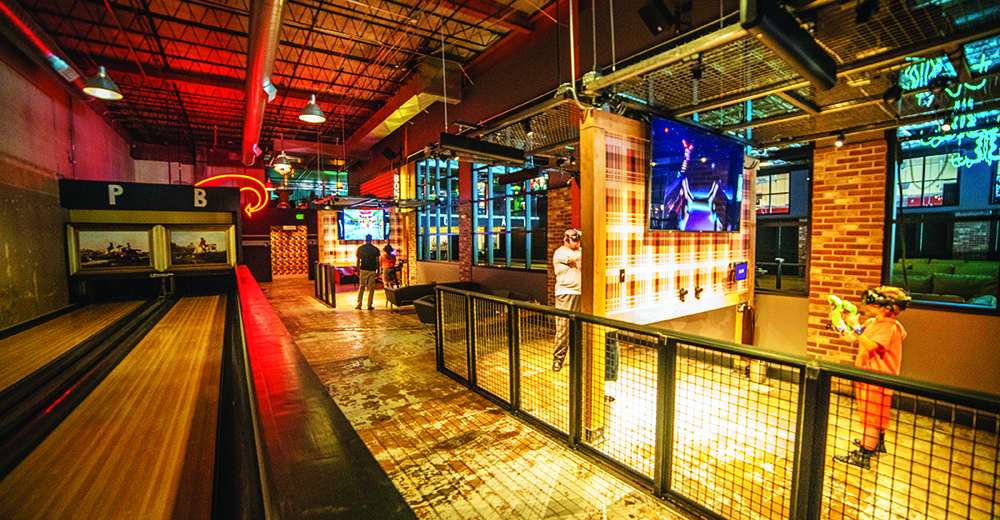 Thompson said the “magic” formula is being authentic, and true to your brand. The company focuses on millennials because they influence both Gen Z and Gen X, he said.

“If we focus on that demographic set, then our net is wide and we get a full audience,” Thompson said.

Social media tip: Don’t select influencers to promote your brand just because they have large number of followers. It is more “important to find a smaller, more dialed in influencer to your brand. For us, everything has to go through an authenticity filter.” 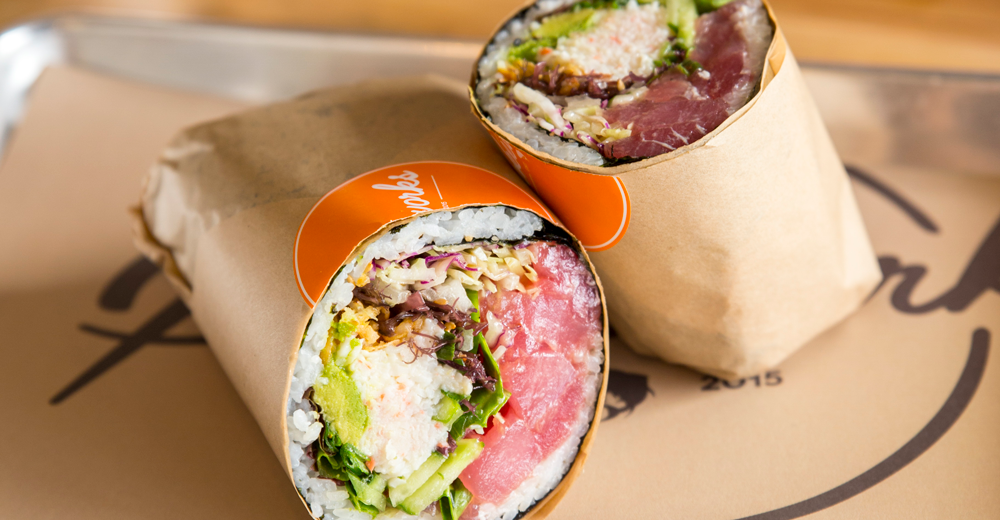 Vision: Pokéworks was created by a group of Southern California buddies looking to bring a sushi experience to the masses through premium poke bowls. But instead of opening close to home, they decided to test the concept in New York City.

“By putting one in Manhattan, we’ll know really fast if the concept will work,” CEO Michael Wu said.

It took a few months, but the experiment took off. Tweaks were made along the way to ensure that the store’s assembly line Chipotle-style service was operating at maximum efficiency. With lines out the door, Pokéworks can assemble someone’s meal in roughly 23 seconds.

The company is also setting itself apart from rivals in the crowded market by sourcing sustainable seafood and, featuring underutilized fish varieties.

“If we’re open to eating different seafood, that solves the problem,” he said, referring to the overfishing of high-demand fish such as tuna and salmon.

Social media tip: Offer gorgeous food. “Our food is naturally beautiful, so the pictures look great. It draws you in.”

Vision: Owner Johan Engman launched Breakfast Republic because he wanted to create a restaurant that put a “a high emphasis on branding and alcohol, especially in the morning.”

The limited hours allow the brand to focus on all-day breakfast served with premium cocktails. Engman said the chain will not take reservations because “perception is reality” and lines out the door “create great hype for the stores.”

Limiting the hours from 7 am. to 3 p.m. allows the restaurants to pack in customers during limited number of staff hours, which yields “good numbers,” he said.

Social media tip: Merchandising, innovation and functional design are crucial to the brand — from branded coffee mugs and apparel to the bright yellow “egg” chairs in the restaurants that customers love to photograph and post on social channels.

“We’re trying to have fun in what we do,” Engman said.