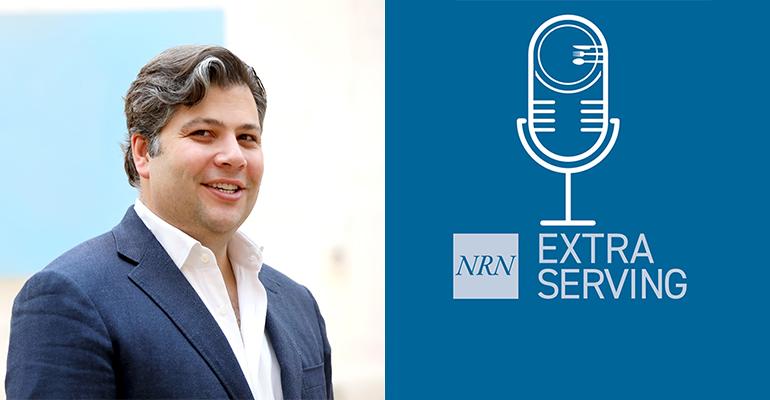 RJ Melman, son of the co-founder, discusses the highs and lows of 2020 as LEYE celebrates 50 years.
Extra Serving>Emerging Chains Podcasts

Lettuce Entertain You president sees the future of restaurants as brick and mortar, not virtual

RJ Melman, son of the co-founder Rich Melman, discusses the highs and lows of 2020 as the company celebrates 50 years

As Lettuce Entertain You Enterprises (LEYE) marks its fiftieth year in business, president RJ Melman doesn’t see any signs of slowing down. The multiconcept operator has over 150 restaurants in several states across the country ranging from fast-casual to fine-dining and, during the pandemic, brought some closed concepts back as virtual restaurants.

Melman, however, does not think virtual restaurants are the future of the industry despite the Chicago-based company’s massive success with them over the past few years.

LEYE is a family business for Melman. His father Rich co-founded the company back in 1971 and RJ has been with the company all his life, learning from his father. It’s one of the reasons he thinks brick-and-mortar units are still the way of the future.

Earlier this week, LEYE announced it would be opening Aba, a concept already in Austin and Chicago, in South Florida – something Melman hints at in our podcast, which was recorded before the news broke. That expansion marks the company’s first Florida unit and is set to open in 2022.