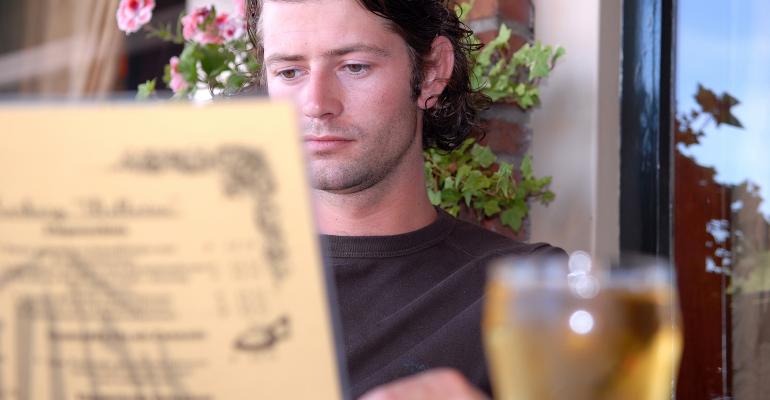 Kruse/Thorn: Reflecting on the food and drink trends of 2016

In a monthly series, menu trend analyst Nancy Kruse and NRN senior food editor Bret Thorn debate current trends in the restaurant industry. For this installment, they look back at the year in menu trends.

NRN senior food editor Bret Thorn takes stock of which of his food predictions hit the mark — and which were way off — in 2016.

Is it me, Nancy, or did food and beverage trend predictions go into overdrive at the end of 2016?

Everyone from flavor companies, to supermarkets, to people who, for reasons of their own, wanted to be cited as mavens, set forth their prognostications for how and what Americans were going to eat and drink in 2017.

I did it too, of course, because it’s my job, but it’s also my job to try to get those predictions right. So in the spirit of accountability, full disclosure and other aspects of integrity that seem to be in short supply these days, I’d like to take a look back, as I do every year, at my predictions for the previous year and see how I did.

I predicted that India Pale Ale would continue to thrive, and indeed it remained the top beer style among craft beers in terms of amount poured, according to BeerBoard, which monitors more than 50,000 draft lines across the country. So I got that one right.

I said chefs would increasingly highlight and celebrate vegetables, especially local and seasonal ones, and we did, indeed, see that, not only with the opening of upscale vegetarian restaurants like Nix in New York City, but by the upgrading of vegetable dishes across the country, such as the “spiralized” zucchini in Houlihan’s Thai “Noodle” Salad, and True Food Kitchen’s seasonal Spring Vegetable Salad with grilled asparagus and broccoli, chickpeas, wax beans and roasted cauliflower with mint, raisins, pistachios and manchego cheese.

I predicted a proliferation of spicy condiments beyond Sriracha sauce, including gochujang and Calabrian peppers, and indeed this was the year of gochujang at independent and chain restaurants, and Calabrian peppers debuted on the menus at chains as diverse as Zoës Kitchen (in a baked feta dish), Snap Kitchen (in a robust salad with sprouted lentils and spicy marinated broccoli), Patxi’s Pizza (on flatbread with Spanish chorizo) and Olive Garden (on a spicy chicken sandwich with tomato sauce and gorgonzola).

I predicted more hybrid burgers — burgers mixed with mushrooms or vegetables, ideally to make them more healthful and sustainable. Roy Choi and Daniel Patterson are doing that at LocoL, and the idea, with support from both the James Beard Foundation and The Culinary Institute of America, is spreading to more colleges and universities.

The Cheesecake Factory’s turkey burger has been cut with mushrooms for several years now, and Jennie-O has a line of turkey burgers with mushrooms in them that allows them to export them to Canada (from what I understand, you can’t export 100-percent turkey to Canada for reasons having to do with complex trade negotiations), but I wouldn’t say the hybrid burger has exactly taken the country by storm.

I also predicted “shake shooters,” and, to be honest, that was more a hope than a prediction. It just seems logical to offer 3-ounce to 4-ounce milkshakes as an afternoon pick-me-up. I don’t think most adults want to indulge very often in a 16-ounce, high-calorie snack, but a smaller one seems like a logical, brief indulgence. It didn’t happen, though.

I predicted that more obscure wines would be a trend, and indeed, Millennials in search of new and exciting things have expanded their horizons in terms of obscure varietals and growing regions, but this was really kind of a gimme. I didn’t expect the expansion of things like canned wine and chilled red wines that have been going on.

Finally, I said chefs would be bringing more things in-house — doing everything from milling their own flour to churning their own butter.

Indeed, that has continued, but really it has been more of the same — more in-house fermenting and pickling, more housemade hot sauce, more charcuterie. I was hoping to see more creativity, such as house-cultivated mushrooms, or house-distilled cocktails.

Maybe I missed them, or maybe health codes and liquor laws have stymied such attempts, but I honestly wouldn’t say that prediction was a home run.

I also totally missed the crazy onslaught of poke in 2016. Some people trend watchers were predicting it in 2015, but I was skeptical. I was also wrong.

I’ve expressed similar skepticism about Filipino food being the “it” cuisine of 2017. We’ll see how that pans out.

How about you, Nancy? What trends struck you most in 2016? Bret, I know it’s cliché to talk about how quickly the year has flown by. However, I’d like to forego the clichéd clucking and focus instead on a remarkable year in menu R&D.

Amid continuing concerns about an industry beset by falling traffic and rising competition, chefs stepped up to the plate with a remarkable display of culinary creativity.

For some, it was a walk on the wild side. Arby’s garnered tons of publicity with its venison sandwich, made with premium-cut, deer-meat steaks and topped with a Cabernet sauce infused with juniper berries. It was available in limited markets for a limited time. This came not long after the chain’s surprising, systemwide rollout of pork belly as a protein option.

Independents, of course, are free to push the envelope further, which is exactly what happened at Animale in Chicago, a limited-service, chef-driven operation that dishes up bacon-wrapped sweetbreads and sliced beef-heart pastrami on its small plates menu and puts spicy tripe on a burger. Also on offer is an unconventional Shepherd’s Pie with oxtail and lamb’s tongue.

Other developments proved that you actually can teach an old chain new tricks.

McDonald’s, which received a sales shot-in-the-arm from its introduction of all-day breakfast in 2015, followed up with its foray into breakfast entrées like the Egg White and Turkey Sausage Bowl, which also boasted kale and spinach. Yes, we’re talking McDonald’s here, Bret.

And the corporation stepped up its commitment to menu transparency.

It blanketed the Summer Olympics with advertising support for its antibiotic-free Chicken McNuggets, the result of which, according to CEO Steve Easterbrook, was a 10-percent boost in orders. Closer to year’s end, McDonald’s pledged to buy all its coffee from sustainable sources by 2020.

Chains continue to look to the East for inspiration. As you predicted, gochujang, the sweetly spicy Korean condiment, is breaking out all over.

At Noodles & Company, the gochujang that topped a meatball special was touted as “this year’s must-try flavor.” Red Lobster’s popular Endless Shrimp promotion debuted in September with Korean BBQ Grilled Shrimp with gochujang paste, while gochujang sauce is in the aptly named Seoul Bowl at Veggie Grill.

Other Asian influences figured prominently in Red Robin’s spiffy Red Ramen Burger, which sandwiched the burger between two crispy ramen patties, thereby nodding to the sizzling hot ramen trend in a memorable fashion. McAlister’s Deli introduced the latest iteration of the bánh mì trend with its tasty West Coast Bánh Mì, in which the classic Vietnamese sandwich included pulled pork as a means to remove the patron fear factor and promote trial.

As is typically the case, all this ethnic innovation sparked a comforting counterbalance of familiar foods creatively reimagined.

Everywhere you looked, you saw bologna, often housemade and sometimes fried, on appetizer plates and in sandwiches, like Penn Station’s Fried Bologna Sub. Biscuits were full of baloney, too, as well as other proteins, like the Pork Chop ‘N’ Gravy Biscuit at Hardee’s.

Schnitzel, a Germanic comfort classic, had a moment last spring, and porridge came back into vogue, if it had ever actually been there in the first place. It turned up on trendy independent menus as a side dish, as with the Sunflower-Seed Porridge at Staplehouse in Atlanta, and it appeared more conventionally at breakfast, albeit in unconventional treatments like Ancient Grain Porridge made with coconut milk, pistachios and hemp seed at Indianapolis’s trendy Milktooth.

So that was the culinary year from my perspective, Bret. It was chockablock with surprises and with innovations.

I’m happy to have shared it with you, and I’m looking forward to an equally exciting and unpredictable 2017.

All Soundcloud photos are sourced from Thinkstock.