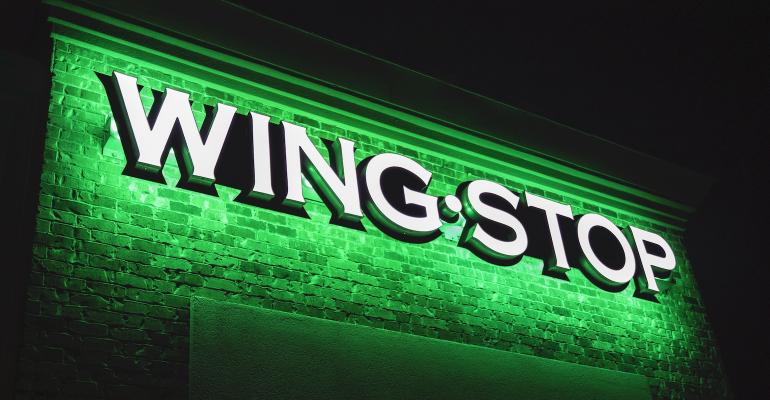 “The location is open for delivery only and guest orders will be fulfilled from the ghost kitchen just the same as they would from a traditional Wingstop location,” the company said in a statement. The unit delivers in the Garland area, a spokesperson said.

“I do think it will impact somewhat our site-selection strategy,” said Charlie Morrison, Wingstop CEO and chairman, on an earnings call earlier this year, “but if anything it's a complement, and it's a complement because it may present us with an opportunity to drop a restaurant into a trade area we otherwise would not have gone to, either because real estate costs are extraordinarily high or availability of a true and thoughtful retail location would not be there.”

Morrison cited an example of a “business hub in a large market where there's a lot of daytime population, a lot of businesses that are there, but there's no real retail presence. We could drop a kitchen in and make it available for delivery to our guests.”

During coronavirus pandemic dining-room restrictions that began in March, Wingstop closed its dining rooms and shifted to 100% off-premise sales. Before the pandemic, Wingstop’s sales had grown to 80% off-premise.

In April, Wingstop said it posted same-store sales growth of 33.4% and 65% digital sales, which included a delivery sales mix of more than 30% of total sales.

“We believe ghost kitchens are a great step for the brand as delivery and digital sales continue to increase,” Morrison said in a statement Tuesday. “The team leveraged their entrepreneurial spirit to move quickly and launch Wingstop’s first domestic ghost kitchen.”

As of March 28, Wingstop, founded in 1994, had 1,413 restaurants systemwide, including 1,253 in the United States and 160 franchised restaurants internationally.  Of the U.S. restaurants, 1,221 were franchised and 32 were company-owned.