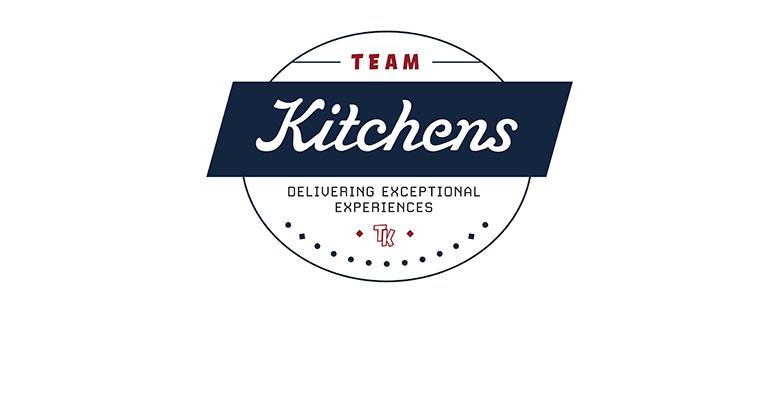 A delivery-only ghost kitchen concept that had a successful run last year operating in partnership with the Los Angeles Dodgers is expanding to several more locations this year and working with other branded partners to grow the business.

Los Angeles-based Team Kitchens operated a single outlet during the 2020 baseball season, called Home Plates, which served as an external food and beverage concept for the World Series champion Dodgers, delivering Dodgers Stadium menu items and other fare to homebound consumers via Postmates. This year Team Kitchens is expanding Home Plates to at least six additional Los Angeles-area locations, and is planning to work with more brands, including Applebee’s Neighborhood Bar + Grill and others, which could be operated out of the same kitchens as Home Plates.

Mike Jacobs, founder and CEO of Team Kitchens, declined to discuss the Applebee’s plans in detail, but said more news would be forthcoming.

“Our first partner was the Dodgers, and we will have a few more we can talk about in the coming months,” he said.

Applebee's said it has been partnering with Team Kitchens on its virtual brand activity, including its Neighborhood Wings concept.

"We continue to assess opportunities to expand the brand into new trade areas, and ghost kitchens are a vehicle to do so,” said Scott Gladstone, VP of strategy and development, Applebee's Neighborhood Grill + Bar.

The menu for Home Plates includes Dodger Stadium’s famous Dodger Dogs and its variations, such as the Super Dodgers Dog and the Doyer Dog, along with burgers, pizza, sides, desserts and snacks, such as nachos served in plastic Dodgers helmets.

All of the menu items are either offered at the stadium or are variations of stadium-offered items, said Beth Gallagher, Team Kitchens’ senior operations executive. Team Kitchens procures ingredients from Dodgers Stadium suppliers, and prepares the items to order at its locations, she said.

New to the menu this year, Gallagher said, will be micheladas — beer mixed with tomato juice, lime and spices — which she described as a fan favorite, along with additional beer and wine selections and specialty cocktails, where locations have proper licensing.

She added that “many delightful surprises” are planned for the menu later this year. 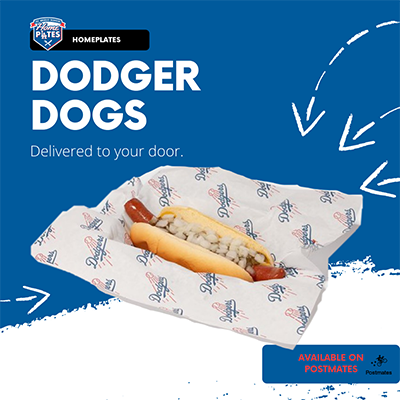 All seven Home Plate locations are scheduled to open by April 1, which is the planned start date for the Major League Baseball season. The first location has already opened in the Highland Park area of Los Angeles, Jacobs said.

He noted that the pandemic-induced closure of restaurants in the market has created a strong pool of available labor talent for the concept.

Team Kitchens has an exclusive partnership with third-party delivery service Postmates for delivery of the Home Plates fare. The Dodgers had a previous relationship with Postmates; in 2019 the organization launched Postmates Live, through which fans at Dodger Stadium could order concessions on the Postmates app and pick them up at designated locations without waiting in line.

The Dodgers promoted Home Plates to its fans last year and the organization is expected to do the same again this year, Jacobs said.

During the 2020 season, Postmates delivered orders “in the hundreds” during Dodger games, he said. Home Plates fare was available for delivery whether the Dodgers were playing or not, and demand was surprisingly strong at other times as well, he added.

This year, in addition to expanding the Home Plates concept to the new locations, Team Kitchens is planning to prepare and deliver food “from a range of menus” from those same locations, the company said. In a statement, Team Kitchens also said it planned to offer “specialties from social influencers.”

Jacobs has a background in foodservice technology as a founder of Ordermark and Tap.in2, which offer solutions for digital order consolidation and mobile ordering, respectively. Gallagher, meanwhile, previously had been with contract foodservice provider Aramark and has worked with several sports franchises around the country on their hospitality and foodservice programs.