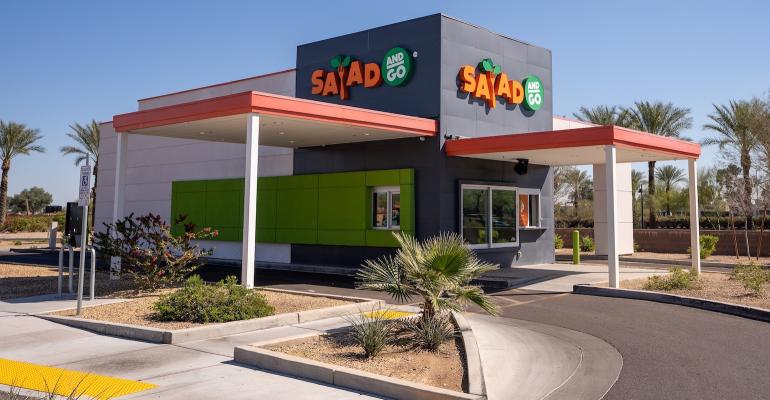 Salad and Go, the 82-unit quick-service drive-thru-only concept, has just entered the Nevada market and plans to nearly double in size during the year ahead, CEO Charlie Morrison said. 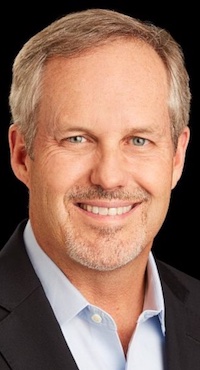 Morrison took the helm of the Phoenix, Ariz.-based Salad and Go last year after serving 10 years as CEO and chairman of Dallas-based Wingstop Inc.

“Over the last eight months, we have been continuing to prepare this business for scaled growth not only here in Texas, where I reside, and certainly in Phoenix, where the brand was founded, but throughout other parts of the country,” Morrison said in an interview this week.

“We just opened our first location in Las Vegas yesterday,” he said. “Our plans for the coming year include continued expansion up in Oklahoma, where we have four stores today, and we'll continue to expand into the Oklahoma City market up into Tulsa and then throughout Texas.”

With Las Vegas, the concept is in four states: Arizona, Nevada, Oklahoma and Texas.

Salad and Go keeps costs reasonable — salads are generally priced between $6 and $8 — by relying on a commissary that serves stores regionally. The company currently has commissaries in Dallas and Phoenix.

The company has added about 35 restaurants in the past eight months.

“We centralized the expertise of production and preparation of the products into a central commissary,” Morrison said. “So we're actually able to pay skilled workers a lot more to produce that but in high volume situations. So the efficiencies gained from there is a big part of our model. Our stores then are all about assembly and delivery to the customer and taking care of that guest. Those stores are very small; they're only 750 square feet.”

Labor costs are kept in line, Morrison added. “On a busy day we might be able to get eight people total in there at high volumes,” he said, “but we can operate with as few as three people. It's a very labor-efficient model compared to most restaurants you see out there today, especially quick service.” Salad and Go units typically are open from 6:30 a.m. to 9 p.m.

Another distinguishing element is Salad and Go’s breakfast daypart, which offers coffee and burritos, such as a $3.24 for an egg, turkey sausage, cheese and poblano pepper Southwest version.

The concept has the “ability to combine breakfast and lunch together," Morrison said. "So our guests can come through; they get a burrito or a bowl for breakfast, they can order their salad at the same time for lunch, and top it off with a cold brew to get the morning started."

The brand calls that the “on-the-go bundle.”

“There are very few if any concepts out there that can offer two dayparts in the same occasion,” he said.

“Everybody has a salad on their menu,” he said. “Generally they're too expensive, and therefore they're not really positioned for every consumer in the market. If you look at what we've been able to accomplish through a vertically integrated model: We bring all the produce straight from the farms and the growers into our food production facilities. That food is cut fresh in clean ready-to-go bags and sent to our stores for assembly.” That allows the brand to charge $6.24 for a salad, he said.

The menu features eight core salads and seasonal limited-time offers. It was developed by executive chef Daniel Patino, one of the original founders, Morrison said.

“They love to get in on the very early stages and maintain a long investment cycle and build those businesses up. [They] partner with either the founders or management teams to grow and scale those businesses,” Morrison said.

Morrison said Salad and Go has a flexible real estate model because of its small size.

“The ideal real estate for a Salad and Go unit is similar to most quick-service restaurants,” he said. “It's going to be featured in a trade zone where people congregate and come together. We only need about 15,000 square feet of property in order to drop one of these in because the building is so small and it's purely drive-thru.”

Parking lots of big-box retailers like Home Depot or Lowes are possibilities, he said.

“It's going to be highly visible, usually on the go-to-work side of the road,” Morrison added, “so we're in the consumers’ mind on the way to work so they can drop by for breakfast or that coffee.”

Morrison added that the brand plans to do more marketing to heighten awareness of the brand this year.