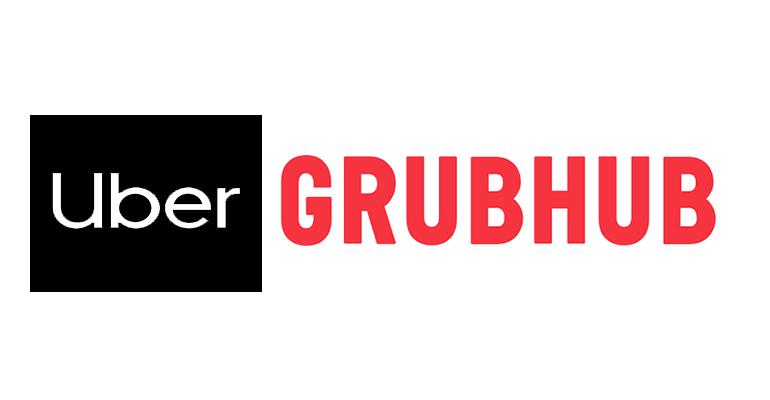 Grubhub says 'consolidation' could make sense for the industry; an Uber Eats-Grubhub merger would make Uber's on-demand meal delivery division the No. 1 player, according to March sales data

Grubhub stock rose more than 20% in early trading Tuesday after Bloomberg News reported that the Uber was looking to buy the controversial Chicago-based third-party delivery operator.

Grubhub released the following statement: “We remain squarely focused on delivering shareholder value. As we have consistently said, consolidation could make sense in our industry, and, like any responsible company, we are always looking at value-enhancing opportunities. That said, we remain confident in our current strategy and our recent initiatives to support restaurants in this challenging environment.”

“The companies are in talks about a deal and could reach an agreement as soon as this month,” according to the Bloomberg , which is citing anonymous sources. “Chicago-based Grubhub is valued at about $4.5 billion, while Uber has a market capitalization of about $55 billion.”

The takeover comes less than a week after Uber Technologies, Inc. announced plans to cut 3,700 full time employees. Its ride-sharing division has taken the biggests hit during the COVID-19 pandemic. During its earnings call, the company said it is investing more in its Uber Eats division, which has seen gross bookings soar during the crisis.

“Our strategy for Eats is simple, invest aggressively into markets where we're confident we can establish or defend a number one or number two position over the next 18 months,” CEO Dara Khosrowshahi said last week.

Uber also plans to leverage the power of both brands by marketing Eats and Uber together on the app.

Khosrowshahi, in last week’s conference call, said the power of the Uber brand can work together to acquire and retain customers – a clear advantage over “other competitors out there.”

Industry watchers have been predicting third-party delivery consolidation over the last year as the competition heats up within the disruptive sector.

San Francisco-based DoorDash and Grubhub have been head-to-head rivals in the last-mile delivery sector over the last two years, with Uber Eats and Postmates typically coming in third and fourth place, respectively.

Data suggests that an Uber Eats-Grubhub merger would make Uber Eats the No. 1 last-mile delivery player in terms of meal delivery sales in the U.S.

DoorDash has been the market leader in recent months, according to Second Measure, a firm that analyzes U.S. consumer spending. In March, DoorDash logged a 42% share of the meal delivery in terms of U.S. sales. Grubhub’s share (including subsidiaries Seamless and Eat24) was 28% and Uber Eats earned a 20% share.  The two would edge out DoorDash with a combined market share of 48%, when looking at March data.

But Uber would be inheriting a company that’s been one of the most criticized delivery players in the segment.

The company’s tactics for earning commissions from struggling restaurants has been questioned for more than a year, especially in New York City, Grubhub’s largest market. That has sparked the industry and government officials to fight back during the COVID-19 crisis.

In recent weeks, San Francisco, Seattle, Jersey City and Washington D.C. have ordered fee caps to help restaurants which have been forced to rely on delivery and takeout as their only means of revenue during shelter-in-place orders across the U.S.  On Tuesday, Chicago's mayor announced a new rule requiring third-party delivery companies to be more transparent about fees on consumer receipts.

“That is not good for small businesses and even worse, these lost orders also result in lost wages and tips for our delivery drivers,” Maloney said.

Update: This story has been updated with more on-demand delivery sector details, and a statement from Grubhub.