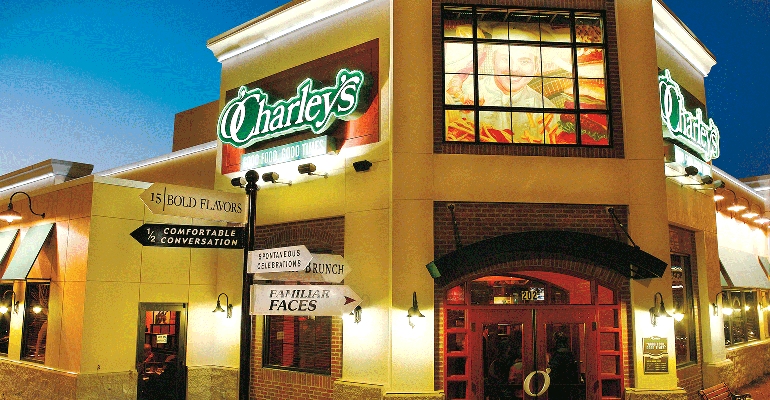 Nashville-based casual-dining chain O’Charley’s is launching a nonprofit virtual restaurant for a limited time this fall, the 151-unit chain announced this week. The Songwriter’s Café restaurant launched on Oct. 4 and is running through Nov. 21, with 100% of net proceeds of its burgers, chicken tenders and catfish going toward the Folded Flag Foundation, which provides scholarships and grants for family members of fallen soldiers.

Although ghost kitchens have exploded in popularity over the past couple of years, not many have ventured into nonprofit territory. This charitable ghost kitchen venture will be funded in collaboration with country music artists like Lee Brice, Tenille Arts, Thompson Square and Liz Rose.  Orders for delivery will be available via DoorDash, Uber Eats and Postmates, with entrees ranging in price from $8.99 to $14.99.

“Since March 2020, we launched three virtual restaurant brands and are pleased with their performance,” CEO Craig Barber said. “As we moved through 2021, we began to rethink even our idea of what a virtual restaurant could be. By ordering from the Songwriters Café, our guests can make a direct contribution and positively impact these deserving families.”

The Songwriter’s Café began as a virtual benefit concert series that raised $575,000 for families of fallen veterans in 2020, and is part of O’Charley’s Hometown Heroes initiative, which benefits military members, veterans, gold star families, healthcare workers and first responders and has raised $1.6 million since 2016.

Related: Are virtual restaurant brands the new frontier for franchising?

Since last year, O’Charley’s has launched three virtual brands, as many companies did during the pandemic. Coop & Run and Dockside Charlie’s were ghost kitchens that focused on chicken and seafood respectively, while Songwriter’s Café is the first virtual nonprofit they’ve tackled.

Right now, the Songwriter’s Café is available for delivery at O’Charley’s entire portfolio in 151 restaurants in 17 states.