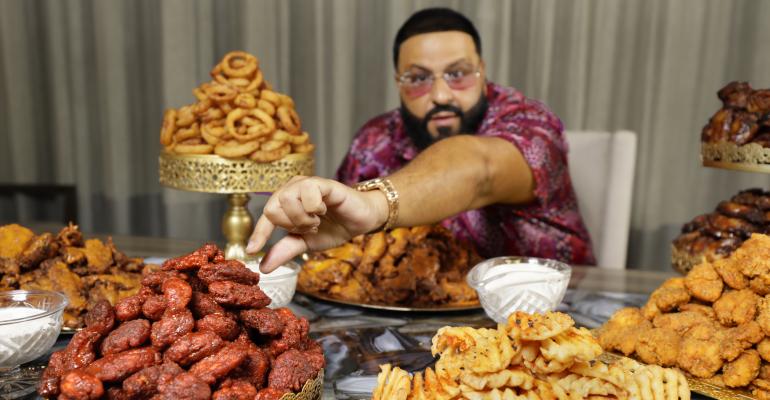 The virtual restaurant company launched the concept on 3 continents simultaneously

Grammy-award winning artist DJ Khaled is partnering with technology company Reef Kitchens for a new virtual brand, the company announced earlier this month. Another Wing is available on three continents, across 18 states and in 150 locations as of Nov. 11.

“Everything I do is big,” said DJ Khaled in a release. “My team and I are focused on launching new partnerships, new ideas and spreading love to my fans all around the world. Partnering with REEF for this launch is another new exciting venture which allows me to introduce some amazing wings, to everyone, everywhere.”

“Another Wing is the result of DJ Khaled’s legendary creativity colliding with REEF’s best in class kitchens platform, the fastest-growing restaurant business in the world,” said Alan Philips, Reef’s chief creative officer, in a statement. “By launching on three continents and 165 locations at the same time, REEF is sharing with the world how brands can use our platform to scale with unprecedented speed and minimal capital investment. At REEF we are truly connecting the world to your block.”

DJ Khaled joins the string of musicians partnering with delivery providers for virtual brands including Wiz Khalifa and Nextbite and Mariah Carey and Virtual Dining Concepts.