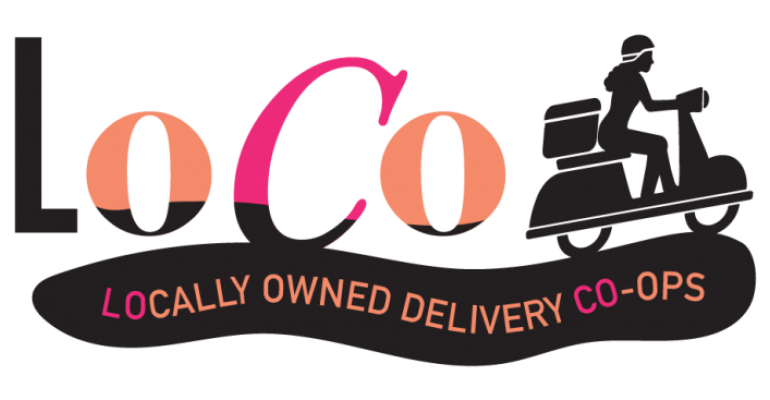 Loco Co-Op
Restaurants will own a piece of the co-op and receive rebates for investing in the company.
Operations>Delivery & Takeout Solutions

Loco Co-Op is available in six different cities, including Las Vegas; Knoxville, Tenn.; and Richmond, Va. as another alternative to the third-party delivery giants

Delivery platform and restaurant co-op, Loco Co-Op — started by Iowa city restaurant operator Jon Sewell in 2017— is one of many alternatives to larger third-party delivery companies that have been ramped up and expanded in the face of 30% commission rates and inaccessibility to customer data. Loco Co-Op sets themselves apart from other delivery platforms as a co-operative run and operated by stakeholder restaurants that own shares of the platform and receive rebates in return.

Sewell first tested out his co-op delivery platform four years ago by launching Chomp in Iowa City and Nosh in Colorado, though with these first two local platforms, the co-operative model was more loosely defined. Since then, the company has grown and launched local delivery co-ops headed by franchisees in Richmond, Va.; Knoxville, Tenn.; and Omaha, Neb. Within the next few months, Loco Co-Ops will also be launching in Las Vegas, Nashville, Orlando, Tampa Bay, and Los Angeles, with Orlando as a corporate store and the rest owned by franchisees.

“We go into these communities, we help organize a true cooperative amongst restaurant owners in the community, and then we provide them with the training to run their own delivery service,” Sewell told Restaurant Hospitality. “Or we can set up a delivery company LLC that will do the deliveries and contract with the collaborative to provide that service.”

Here’s how it works: The co-op creates an average of 100 shares at around $2,000 apiece. Although it works differently depending on different Loco Co-Op branches, in Las Vegas for example, shares will be limited to one share per store. If an operator three stores, they can buy two shares, and at six stores they can buy three shares. Restaurants don’t have to be investors to be on the platform, however: they can just be members.

Once they’re on board, the co-op will function much like any other delivery platform: with another tablet to take orders in the back of the house and independently contracted drivers (though Sewell says the drivers are paid $12-$15 per hour)

At first the platform will be charging restaurants 15% commission, even though they hope to lower that rate once they grow more. However, any excess revenues will be distributed to investors and any remainder is distributed to restaurants members that are not investors in the form of rebates, based on their sales volumes.

On the customer side, Loco Co-Op will function like any other delivery app: customers can download the app, browse food offerings, and order directly from the platform.

Sewell also said that they’ve tried to solve two other problems he sees with other third-party delivery giants: they offer customer service within every community instead of national call centers to solve the problem of “who do I call if my food has arrived cold?” He also said they don’t use or sell customer data.

“I see this as more like a public utility than a co-op,” he said. “I look at food delivery as a critical piece of infrastructure for independent restaurants […] And all of these national services are in the hands of venture capital-based investors who are looking for returns, so as long as they exist, they are going to harm independent restaurants. We’re not really focused on chains they can take care of themselves.”

The Las Vegas branch of Loco Co-Op is launching on June 1 and is co-owned by Kristen Corral, who co-owns Las Vegas-based vegan Mexican concept, Tacotarian with her husband Carlos Corral and Dan and Regina Simmons. Last year, Corral led the fight to cap third-party delivery fees at 15% in Las Vegas’ Clark County, a measure that was eventually passed in August 2020 by Clark County Commissioners. Leading a Loco Co-Op platform is just another way to ensure that restaurant operators have more control over their delivery offerings, Corral said.

Currently, 50-55 restaurants have committed to purchasing shares in the co-op with another 25-30 restaurants who have signed on to just be users of the platform. Once they launch next month, the independently sourced drivers they use will have to go through a food health and safety training, Corral said.

“The reason that I truly believe that this is going to work is because it's owned and operated by the restaurants,” she said. “Whereas like someone who created some business on the side charging $100 a month, the restaurants don’t care because they’re like, ‘you do all of the work. You bring me the customers and I’ll sign up.’ But this is all of us coming together to find a solution.”