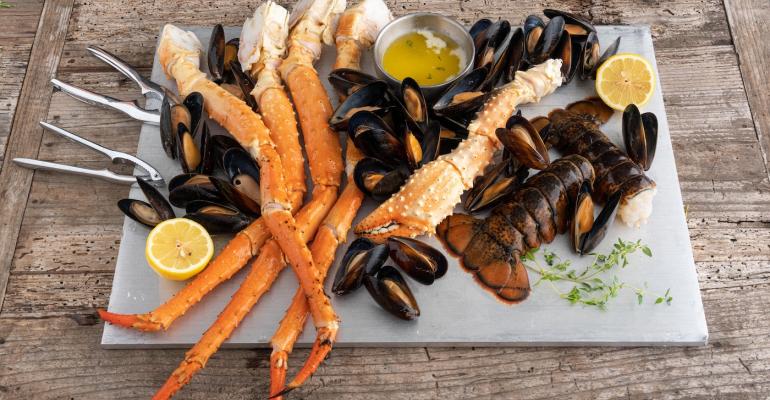 Landry’s Inc., the parent to such fine-dining concepts as Del Frisco’s, Morton’s The Steakhouse and Oceanaire Seafood Room, is bringing together a number of its brands’ signature items into an online marketplace called Landry’s Kitchen.

The Houston-based hospitality company, which also owns Mastro’s, the Palm and Saltgrass Steakhouse, has brought all its premier products together for home delivery at LandrysKitchen.com.

“Our team has spent countless hours sourcing the world’s finest ingredients from our more than 600 restaurants worldwide,” said Kathy Ruiz, Landry’s senior vice president of culinary, in a statement.

“With the need for convenient, at-home solutions at an all-time high, we are thrilled to deliver best-in-class seafood and steak offerings straight from our Landry’s Kitchen to your home,” Ruiz said.

Ruiz said the cuts and sizes are the same as those in the restaurants.

“We specially package each at local distributors and then ship via FedEx home or express delivery services based on consumer selections,” she said. “All orders are packed with dry ice to retain optimal temperatures while in transit and are delivered straight to your doorstep.”

Landry’s Kitchen also offers a variety of packages, including:

The company said the Landry’s Kitchen offerings are set to change seasonally.

“With the goal of helping patrons create new culinary experiences at home, Landry’s Kitchen also hosts a variety of recipes and how-to videos by the executive chefs for the iconic Landry’s brands,” the company said.