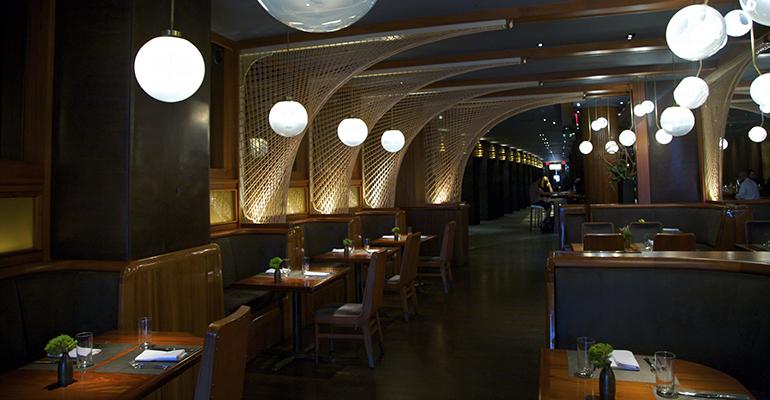 Full-service restaurants shift to takeout, delivery and charity in wake of coronavirus outbreak

Full-service restaurants across the country are closing their dining rooms, sometimes due to safety concerns in the wake of the coronavirus pandemic but increasingly because the government is ordering them too, but they’re not necessarily going out of business.

Many of them are offering new takeout and delivery options or expanding on what they already had. Others are using their resources to help people in need.

Related: Governors of New York, Illinois, California and Ohio call for shut down of restaurants and bars to prevent spread of coronavirus

Buffet chain Golden Corral, based in Raleigh, N.C., has switched to takeout and third-party delivery only at its Illinois locations in compliance with an executive order from Governor J. B. Pritzker requiring restaurants to close their dining rooms. Golden Corral restaurants in the state are now offering a daily changing “Comfort Food to Go” menu with items such as pot pie, pot roast and meatloaf.

Related: How should restaurants clean in coronavirus cases?

CEC Entertainment, the parent company of Chuck E. Cheese and Peter Piper Pizza restaurants based in Irving, Texas, said on Monday it would close all of its company-owned dining rooms, entertainment and arcade rooms at least through March 31, but would continue third-party delivery.

Additionally, it said the concepts would launch new family and birthday packages, starting Wednesday, March 18, that included pizza, birthday cake and goodie bags. It also launched two game apps for Chuck E. Cheese with virtual tickets that could be redeemed once the restaurants reopen.

It said it would refund deposits for parties booked through March 31.

Seven-unit City Winery, a dining and entertainment venue that makes its own wine, is closing all of its locations for the time being, but said it would continue to support laid-off staff “as best we can by voluntarily continuing our contributions to their health insurance premiums.”

To do that, it’s continuing to sell wine from its store and announced plans to offer free home delivery for all full cases.

“Quite frankly, our ability to continue supporting our employees and sustain this shutdown depends on it,” City Winery founder Michael Dorf said in an email to customers.

Some operators are offering other perks to entice customers. The Metropolitan Grill, part of the 5-unit E3 Restaurant Group is offering “fully prepared oven-ready meals” including steaks that are pre-marked on their grill, ready to be heated to desired doneness.

TAG Restaurant Group, which operates around 15 restaurants in the Denver area, is shutting down its dining rooms but offering a 20% discount on takeout orders.

Los Angeles restaurant Morrison Pub has slashed most of its menu prices to $10 or less, including its burgers, which normally are in the $16-$20 range.

But many restaurants are being helped in their endeavors by business partners and the government.

Reservation service Resy is now allowing its restaurant customers to offer takeout meals that their guests can book online. Operators can’t offer their whole takeout menu, but they can fill out a form detailing one or two meal options that their customers can book and pay for in advance.

Additionally, the New York State Liquor Authority has agreed to temporarily allow restaurants with on-premise liquor licenses to deliver alcohol and offer it for takeout. They could already offer beer.

Other operators are taking the lull in business to help their communities. Hope Breakfast Bar in Minneapolis closed for business on Monday and instead is now a “community kitchen,” offering free food for people in need.

“100% free food for every person we can until we run out of resources,” chef and owner Brian Ingram said in an email.

“We stopped our normal business today as we had thousands of request for free meal replacements from our community. We could not operate the restaurant and fulfill all the requests so we made a choice to take care of the community for as long as we can.”

Gerard Craft of Niche Food Group in St. Louis said on Instagram that he’d be closing all of his restaurants, except for Cinder House, which is located in the Four Seasons Hotel, for the safety of his staff and customers.

“After seeing nights of very crowded dining rooms, I found myself more terrified than relieved,” he said, indicating that he was worried that everyone there risked infection. He said that he’d been advised that the only way to stem the tide of the COVID-19 pandemic was “extreme social distancing.”

He added that he wouldn’t be offering takeout or delivery as it endangered his staff, so instead he’d be working with the North City Food Hub to provide free delivered meals to people in need.

He added that in the next few weeks he’d be working to use his restaurant kitchens to provide free meals to employees.